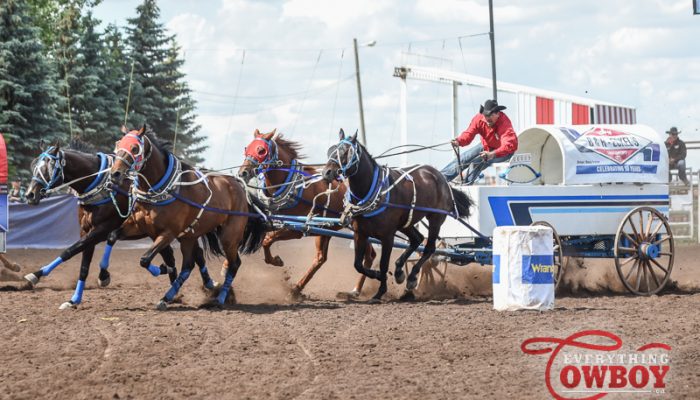 The third stop on the WPCA Pro Tour is in the books as the finals of the Medicine Hat Exhibition & Stampede wrapped up on Sunday afternoon on a fantastic racetrack and a classic championship final heat that featured Kurt Bensmiller, Jason Glass and Doug Irvine. When the dust settled on what was an extremely exciting final, it was Doug Irvine, driving the B & R Eckel’s Transport Ltd. outfit, and along with outriders Rory Gervais and Chance Flad who captured the 2016 Medicine Hat Exhibition & Stampede Championship.

On the night, from barrel number 2 in the ninth heat, “Lightening” Luke Tournier piloted his Perlich Bros Auction Mart Outfit to top money for the day after posting a 1:01.17 and won the day money by 18 one-hundreds of a second over champion Dough Irvine, with Kurt Bensmiller, Troy Dorchester and Mitch Sutherland making out the top five fastest wagons on the night. 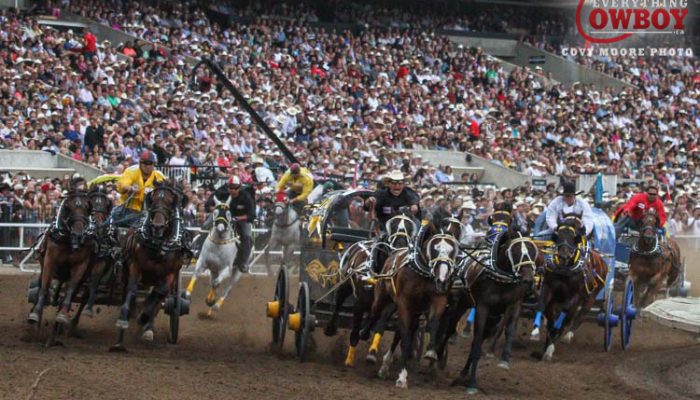 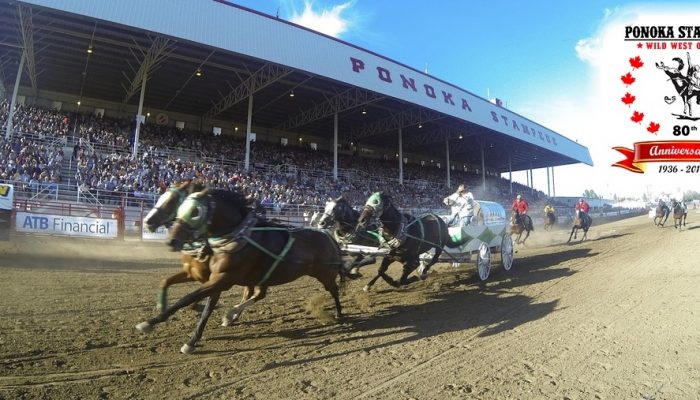