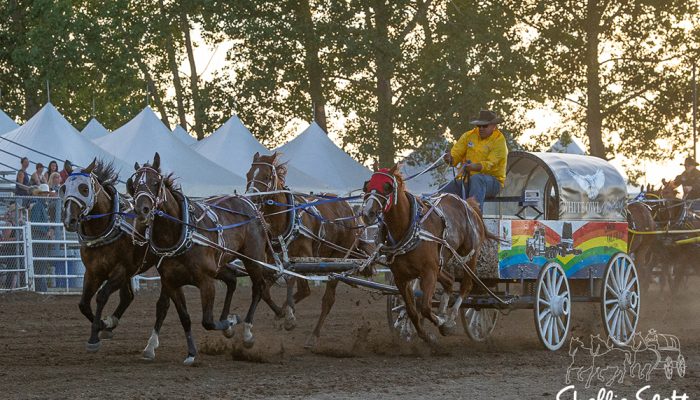 High River, Alberta – After a successful run at the Calgary Stampede, the WPCA Pro Tour resumed in High River for the running of Battle of the Foothills where Chanse Vigen came into this year’s event as the defending champion. It was a hot night for chuckwagon races, and the enthusiasm of the High River fans was second to none. When the night concluded, it was world points leader Rae Croteau Jr. who bested the field after a run of 1:18.94 even with a one second outrider penalty.

The driver posting the best 4-day aggregate time after Sunday’s run will be declared the champion of the 2022 Battle of the Foothills.