What’s That Bull for Day One of #PBRLETH 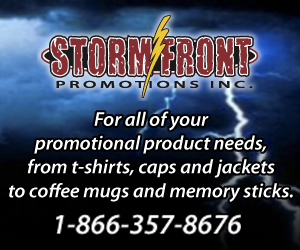 You’ll see the likes of local superstars in the bull pen, both 867 Bringing Sexy Back and 861 Bucking Fantastic have been to the PBR World Finals in the past two years. Both bulls are from nearby Magrath, AB at the Two Bit Ranch, owned by Josh and Tammy Berezay and their daughters Nevada and Montana. The two bovine athletes will be featured at the end of the night in the Championship Round.

It’s going to be yet another action packed event with $20,000 in added prize money up for grabs along with the first buckle of the 2013 3D Bullriding season.

Tickets are still available via the Enmax Center Website.

These are my thoughts on a few of the match-ups along with the draw for night one. Leave your thoughts in a comment below.

Cawl Braithwaite vs. Gretzky – Cawl has got his work cut out for him with this meeting up against the big jersey from Curtis Sawyer. 899 Gretzky has been ridden twice in 13 attempts, Ty Pozzobon and Zane Lambert got those scores of 88 and 86.5 respectively. Here in Lethbridge at the Bridge City Chrysler/LA Towing PBR Challenge last year was actually one of the first places we saw this bull.

Kurt Shephard vs. Moves Like Jagger – I met Kurt last week in Kalispell, MT at the Rocky Mountain Extreme PBR. He’s travelling with Jesse Van Nek, last year’s #PBRLETH Champion in Troy Wilkinson and a couple other of his Aussie mates. He’s a real good guy and real quiet, he really quietly won second there in Kalispell too for over $3,000. In his first trip to Canada he’s got a shot to win the long go on Moves Like Jagger, Matt Triplett made a sweet ride on the little black muley here last year for the highest long go score on night one with 86 points.

Ty Pozzobon vs. Back on Track Heaven – This is a re-match from Lloydminster in 2012 where Ty was 89.5 on the Wild Hoggs’ 747. Back on Track Heaven is a great bull and has been for a long time. I’m not betting on an 89.5 here again but Ty should make the short go on this one. From Lethbridge here on Friday he will jump on a plane with Tanner Byrne and Zane Lambert to hit the PBR’s Iron Cowboy V in Arlington, TX on Saturday night. Ty and Zane compete Saturday but Tanner won’t compete until Sunday afternoon at The American. It’s pretty cool you’ll get to see these top guys all in Lethbridge before hitting the biggest stages in all of our sport the next 48 hours.

Beau Hill vs. Doom & Gloom – We haven’t seen Beau much since last spring. He had some trouble with injury but is back again and coming on strong after winning some money this winter so far at the PRCA Rodeo’s over the past couple months. Doom & Gloom should be a great one for him here. My money is on about an 85. Most recently the black and white spotted Two Bit bull went 2-0 in Kalispell, before that he got Mike Ostachek hung up in High River.

Tristan Carlier vs. Pipeline – According to ProBullStats.com, Vold Rodeo’s Pipeline has been ridden one of four times and has an average bull score of 41.2 of 50.  Based on that Tristan could be anywhere from 81 to 85 points depending on how well he rides him. Last year, Ty Elliot was 85 on Pipeline in one of the first trips we saw of him. Tristan is a youngster and could sure use a good ride here to get the former Lethbridge Jr. Bull Rider’s year started off right.

Zane Lambert vs. Cool Valley – Coming off of another Built Ford Tough Series check this past weekend in Kansas City, Zane is on a roll and top 30 in the World. Lambert has met up with this Vold Rodeo they call Cool Valley before. That was back in Coronation, AB at the Royal Rumbull in 2012 where the bull was victorious. The big paint bull has been ridden three of 15 times on ProBullStats.com and has an average score of 42.8 of 50. If all goes according to plan, Zane should be about 86 here and leave Lethbridge feeling awesome going into his first Iron Cowboy appearance.

Todd Chotowetz vs. Feeling Blue – We haven’t seen Todd since the fall now and he will be looking to get to both finals after not doing so in 2013. No doubt he will want to be there after coming up short last year. Feeling Blue is a great Vold Rodeo bull he gcan get things started on, the blue horned bull has been ridden three of eight times on record and has an average score of 41 our of a possible 50 points. I’m guess thing should add up to about 85. Keep your chin down, Todd.

Devon Mezei vs. Jayder Bayder – To me, this bull doesn’t look like he should be too tough. He doesn’t look like he really kicks that high in the back but he spins like the dickens. Ridden only once in eight attempts, this Vold Rodeo bull packs an average of 42.4 points of a possible 50.  Josh Birks is the only man to go the distance so far, he was 83.5 on Jayder Bayer in Saskatoon in the fall. Look for a higher score from Devon maybe just because he’s had success in this arena previously.

Those are my picks, here’s the draw for night one. Leave your picks and thoughts on the draw in a comment below.

Day one draw for the Bridge City Chrysler/LA Towing PBR Challenge in Lethbridge, AB at the Enmax Center. February 28th, 2014.