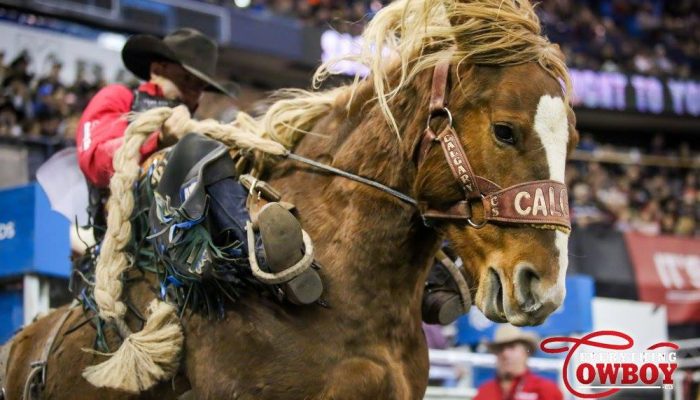 Zeke Thurston loves this weekend in the CPRA schedule.

“It’s the first big weekend of the season and I usually have pretty good luck,” he noted after posting two wins, splitting another and capturing a go-round at the fourth en route to a $6750 injection into the bank account and both CPRA and PRCA standings. “And heck, I messed up at Wildwood and got bucked off in the second go to make the short go there as well.”

All in all it was the perfect storm of circumstances for the 2016 World Saddle Bronc Champion – good bucking horses and rock solid riding by one of the best in the game. At the Grande Prairie Stompede, first stop in the 2019 Finning Pro Tour, the second generation talent met up with Jesse Dutchik’s Twisted Sister and the result was 88 points.

“I didn’t know that horse but I talked to some guys about how much rein I should take. The horse was really good. I maybe didn’t finish the ride as well as I wanted but it worked out. Then in Hand Hills I had a really nice colt of Calgary’s (Bonus Delivery). It’s a guessing game with colts but that horse was really strong too.”

82 points later, chalk up another win for the Big Valley cowboy. Then factor in the 86 point three-way split of top spot (with Logan Hay and Layton Green), at Leduc where Thurston had Northcott-Macza’s Whiskey Whispers, and finally the Wildwood go-round win—85 points on C5’s Rockstar.

It was a nice payday and you can see why Thurston looks forward to this weekend on the CPRA rodeo calendar. It comes on the heels of “the best winter I’ve ever had. I didn’t win anything big until fairly recently but I placed at a bunch of good rodeos and was pretty consistent.”

Another competitor turned a corner in her career over the weekend. Stacey Ruzicka, who was competing on her semi-pro card, topped the barrel racing field at the Leduc Black Gold Rodeo (13.239 seconds, $2378) and the Hand Hills Lake Stampede (16.517 seconds, $1283). The Bluffton, Alberta cowgirl and her 15 year old mare, Kaye, took home a total of $3661 which will enable Ruzicka to move to a full CPRA card and hit the Pro Rodeo Canada trail in earnest.

“This means a lot,” Ruzicka commented. “I’ve had Kaye since she was three, I trained her. She’s my baby.”  The two time LRA Champion has the philosophy that, “You prepare well then go do your job and trust yourself and your horse.” She never looks at the times and just makes her run at each rodeo. Ruzicka is excited about the future and thankful for the success and support she’s been receiving. She credits Connie Combs and Diane Skocdopole as two individuals who have been particularly helpful over the years.

– The always tough team roping brothers from Wainwright, Dawson and Dillon Graham, equaled the second fastest time ever recorded in CPRA history with their 3.7 second winning run at the Finning Pro Tour stop in Grande Prairie.

– Jake Watson kept his impressive streak going with a first place finish at Wildwood to follow up on his wins at Stavely, Kananaskis and Falkland in the last three weeks. His field-topping scores? 84, 85, 84 and 84. That’s called consistency.

Next up on the CPRA schedule are the Rocky Pro Rodeo June 7-9, the Brooks Kinsmen Pro Rodeo, June 7-8 and the 65th Lea Park Rodeo June 7-9. All three are Maple Leaf Circuit events.