The three Alberta rodeo cowboys chosen to ride bulls for Prince William and Kate are unanimous in their thoughts.

Devon Mezei, Jesse Torkelson and Scott Schiffner echoed the same belief: “It’s a once in a lifetime opportunity.”

They’ll crawl on their bulls in a 40-by-60 foot pen set up in front of the BMO Centre just outside the Calgary Stampede grounds on Thursday night of next week.

“I’ll probably never get that chance to ride in front of those kind of people in that atmosphere again,” said Mezei, who ranks second in the Canadian standings.

“I’m happy they thought of me; it’s an honour to get a phone call like that. Obviously, they think something of you when you’re one of the few guys asked to do it.”

Torkelson, the reigning Canadian champion, said many of his friends and neighbours are envious.

“Once I got talking to the people around here lately, I realized just how big a deal it is; they’re pretty jealous.”

Schiffner, the nation’s career money leader, said he doesn’t follow the Royals that much, but he did know William and Kate’s wedding drew an estimated two billion television viewers.

“To do a little, private demonstration for them is something most people in the world never get to do, so it’s a pretty unique opportunity, that’s for sure.

“When Keith Marrington (Stampede senior rodeo and ranch manager) invited me, I had no hesitation in accepting.

“The monetary value on something like that doesn’t mean anything.

“It’s something that when I’m old I can tell my grandchildren I had the opportunity to do.”

All three said they would welcome the chance to shake hands with the Duke and Duchess of Cambridge.

“It would be an honour because I probably won’t ever be in the same room as them again,” Mezei said.

“But I totally understand if it didn’t happen, that it was something that couldn’t be done.”

Once they accepted, the three bulls riders had to go through a heavy online security check.

“I can’t tell you what it all asked,” chuckled Torkelson. “My wife (Tiffany) filled it out for me. She was the one who was the most envious and was the first to ask if she would be allowed to come.

“I had to say no; I guess it’s a pretty private deal and even television cameras aren’t allowed.”

“My wife (Brandy) made sure I asked if she could come and watch and I got a definite no, it’s a pretty closed deal,” Schiffner added.

The three bulls they’ll ride will be chosen next week.

“(Stampede ranch manager) Raymond Goodman gave me a call and I made out a list for him,” said Schiffner, the event director for the Canadian Professional Rodeo Association.

“He suggested I pick three nice spinners, but it’s still bull riding and sometimes when you get one of them, you do something dumb and hurt yourself.

“Maybe I should pick one for me that bucks a little harder and then I’m not supposed to stay on and I just might.”

He also suggested that with no cameras there, Prince William should be allowed to come down behind the chutes and pull the bull riders’ ropes.

“That would be fun.” 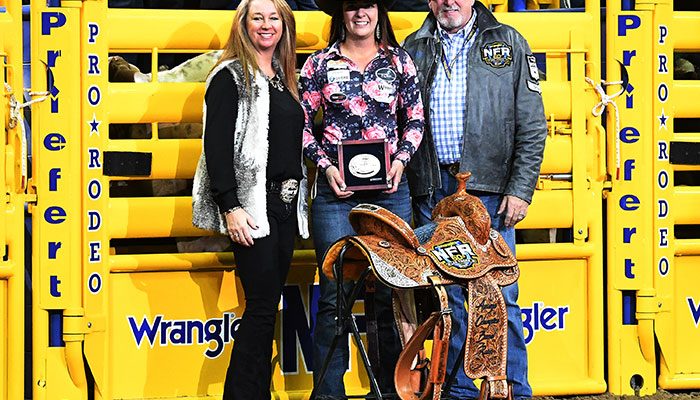 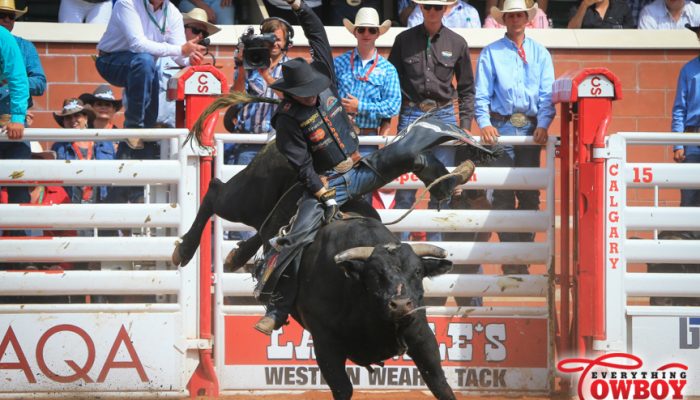 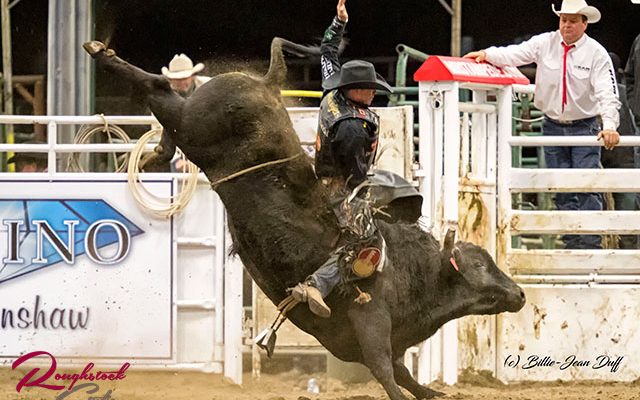 CFR
Schiffner Does It Again