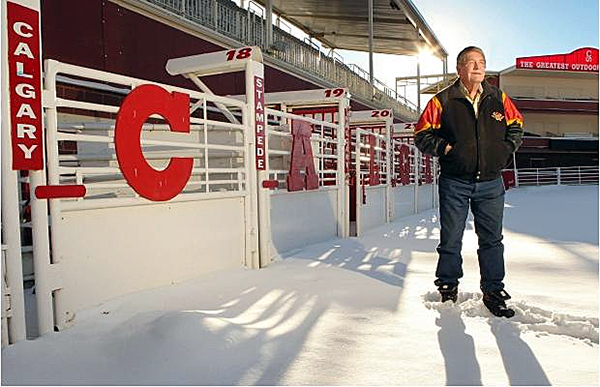 I looked up to Dwayne and thought very highly of him. I hope someday I might make the same contributions to this great sport of ours as he did.

The most prominent memory I have from being around Dwayne in the past few years has to be around this quote. “Thanks for reminding me, you ass.” – Scott Schiffner.

That came from a story Dwayne wrote on July fourth of this past summer. Scott won night one of the Ranchman’s PBR on the third.. That quote pertained to Dwayne reminding Scott about that $10,000 he missed winning for falling of of one bull on July second in Ponoka, AB.

The best part of the whole story though in my opinion had to be when Dwayne told me he did this. If I’m remembering right we were in the Ranchman’s that same night he wrote the story. Dwayne told me “Scott called me and ass, and I quoted him!”

Check out the original story via this link:

If you have a story you’d like to share about some of the great things that Dwayne did for the sport of rodeo in Canada, I’d sure like to hear them.

You will be missed, Dwayne.