Photos of the Year

Calgary, AB: I know we are already a week into the new year now, but I kept getting told all these great ideas by everyone. This past one came from Tanner Girletz today about having the best photos of the year posted on here. These two photos are a good start. Devon Mezei sent in a couple about a month ago too. I’ll find them later on. If you have one you’d like to have on here or shared on the Everything Cowboy Facebook and Twitter pages, send them on over to TedStovin@gmail.com!

As for this first picture, I found it last night while I was reading one of the sections from last year’s Calgary Herald about the 1950’s and the Calgary Stampede. At first I thought it was of the Steer Wrestling event. Later today I found out it’s Bill Collins in the Steer Undecorating event with Bud VanCleave as his hazer. Still very cool to be on the cover of Sports Illustrated though!

Another cool fact is that thus far today it’s been shared 110 times. That’s more than anything else I’ve ever posted. Thank you to everyone who shared it! 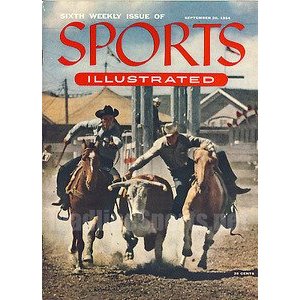 This second picture comes from the Ponoka News, via Tanner Girletz by text message. You’ve probably already seen the video, but this helps to show just how much air Steve Turner managed to get at the Ultimate Cowboy in Ponoka on New Year’s Eve. 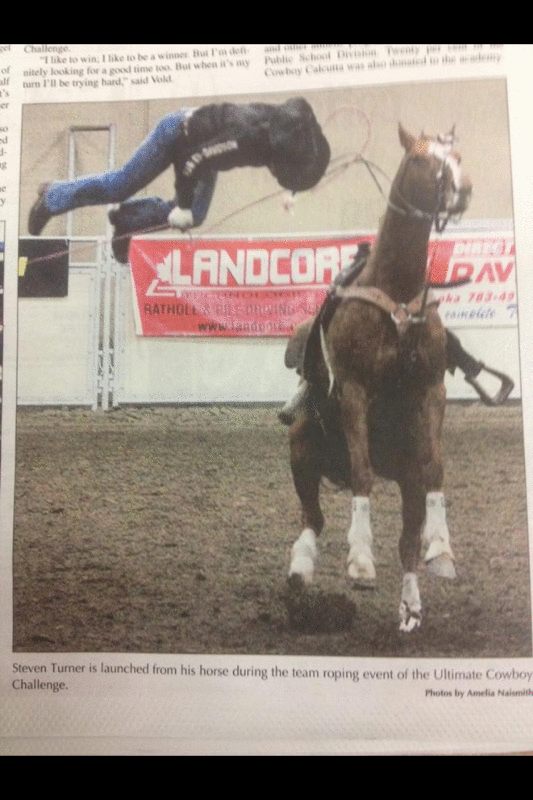 So if you’ve got a picture to add to the photos of the year, please send it along. The photo of the month deal may have came along too soon. Hopefully this one catches on!