VIRDEN, Manitoba – There’s a new member of the rodeo family to qualify for the 2014 Winter Olympics in Sochi, Russia. A figure skater named Paige Lawrence, who’s qualified in the pairs event with partner, Rudi Sweigers.

Lawrence will celebrate her 24th birthday in Sochi with her family: Leanne, Jim, Dawson and Jesse. Getting to her first games has been an amazing journey; a dream that became a reality on January 11th in Ottawa at the Canadian Figure Skating Championships.

“Qualifying for the Olympics has meant so much to me. It’s been a goal and a dream of mine for so many years now and I have put a lot of time, effort, work, money, tears, and sweat into trying to make this a reality. It is such a proud feeling knowing that I have accomplished one of my largest goals and I am just so happy,” Lawrence said.

For those watching on TV or online, it appeared Lawrence had realized a lifelong dream.

But it almost didn’t happen.

“We made a really big mistake, one of our lifts came down. Rudy just kinda lost his footing.” Lawrence said. “The lifts are huge points and when that came down it kind of put everyone on their edge of their seat because that was a lot of points we let go. We didn’t have a huge lead over the fourth place team cause we made a mistake in the short program.”

There was no more room for error.

“I had a quick little panic attack and thought ‘Oh my gosh there goes the Olympics.’ I could see panic in Rudy’s eyes so I said to him ‘It’s ok.’ We both knew there were no more mistakes that we could make. We knew if we wanted to go to the Olympics we had to be great from then on out.”

Knowing she had a loop to do next, her reassurance helped the team.

“From there I went into autopilot and I was just like a machine. I was going to do every single thing after that like there was no stopping me.”

And do that she did, landing her very next move, a throw triple loop.

“When you’re in your performance and something that strange happens it’s quite common for athletes to lose focus and their programs to unravel. So for us to come right back and within second do a huge element like that and do it so well, it was a turning point in the program for us.” 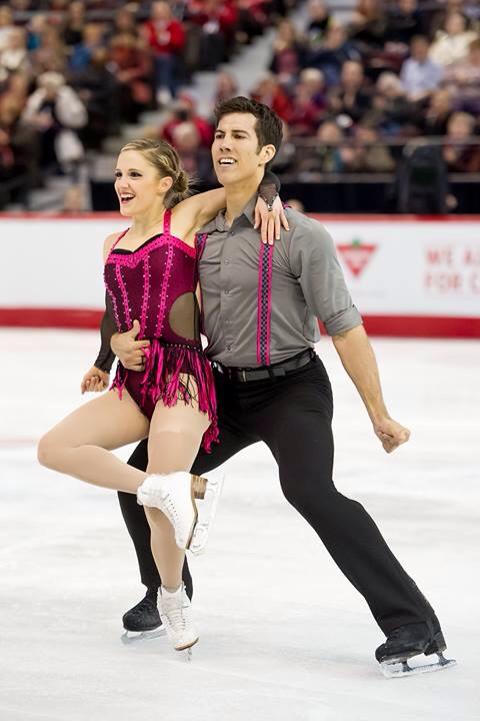 Landing that throw triple loop meant more than making the Olympics. For Lawrence, it meant retribution after being injured earlier in the year while attempting the same maneuver. In August, Lawrence rotated more than the required three spins and came down in an awkward splits position, straining her left groin, hamstring and part of her abdominal muscle.

“We were at a competition when it happened then we came back home and we had competitions coming up.” Lawrence said. “It was such an important year I wasn’t able to take any time off to let it heal properly. I’ve been going through the healing slowly so that I can still train. It’s definitely improved and I’ve got my strength is back to 80% of what it was originally. It’s really good but been one of those things I’ve had to deal with all year.”

Dealing with pain is something she knows well, as the Lawrence family spend their summers producing rodeos.  Paige Lawrence grew up competing and is currently dating 2013 NFR Bull Fighter Aaron Ferguson, however, she chose skating at an early age.

Knowing what it would take to be successful in either avenue, Lawrences’ parents gave some advice.

“My parents basically just said I had to pick one or the other. So I obviously chose figure skating, I didn’t really go down that avenue but I still love rodeo.”

It was an easy choice at the time, but she doesn’t forget her roots, she embraces them.

“I think that part of the rodeo background has really been a huge asset to me and my figure skating. Growing up on a ranch and helping my parents work I’d say I have a very strong work ethic. I’d say I’m a really hard worker and I think that’s cause of my parents and how they raised me.”

Growing up with a former bull rider as a father, tough was in her blood. Lawrence credits the trait to her success in the skating rink.

“Dad was a bull rider, he was very tough. I’m kind of a little bit of a daddy’s girl. When I was out helping him I kind of adopted that same attitude.” Paige said. “I think that’s been a huge thing for my skating career. I’ve been injured quite a few times throughout my career but it’s never really stopped me because I have that mentality that it’s just pain.”

“I look at the cowboys that I’m friends with and grew up around, they ride through anything and everything. I kinda have that exact same attitude. I’m thankful for it. It’s made me be able to skate through a lot of things other people might not.”

Lawrence credits her family for much of her success.

“They’ve been super awesome throughout my entire skating career. They are a big reason why I’ve reached my Olympic goal. They’ve been an unwavering support system for me. I’ve devoted my life to it. I’ve had some really good moments and some really bad moments and they’ve been there with me throughout it all. They’ve seen me at my worst and they’ve seen me at my best.” Lawrence said. “They’ve allowed me to pursue this dream without anything holding me back. Anything I’ve ever needed they’ve been there to help me acquire it.”

The unwavering support of her family, the countless hours in the rink, and the pain she skated through, all became worth it a few weeks ago. 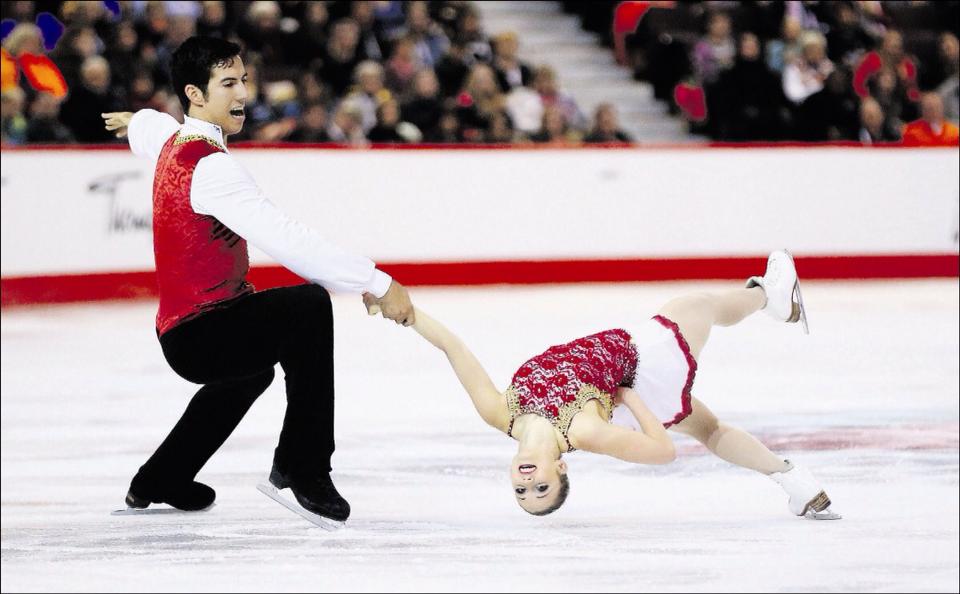 “When I made the Olympics I know that the four of them, my parents and my brothers, they couldn’t be happier for me and they are actually all coming to Russia with me. It’s pretty awesome.”

Paige Lawrence and Rudy Sweigers will head into the 22nd Olympic Winter Games ranked number 11 in the world.

“Getting a medal is a little bit of a long shot. Our goal this season was to make the Olympics. Now that we’ve reached the Olympics we are skating for ourselves now, looking for new personal bests.” Lawrence concluded.

Getting to the Olympics is likely a personal best most of us won’t acquire, for these two, it’s another step on their way to greatness.