Calgary, AB: Kathleen Brannon and I met mid-day in March in the Spring of 2011 at the South Point Equestrian Arena in Las Vegas, NV. At the time, I was going to school there and My Dad and I were actually just getting back from a trip to Costa Rica on my spring break. A few months before in December I had created my website and Dad, before he flew home that morning, figured I should head back down to the South Point to check out the show that was going on there. He thought it would be good to learn more as it might all fit into my new site.

Since I had the day off for the most part I did. I wandered around quite lost and saw what was happening. I don’t think I knew a soul in the place but Kathleen’s booth caught my eye. I value quality and her work ‘stood out like a sore thumb’ as Dad would say. I’d seen some beadwork before but never anything so classy, tightly beaded, and well placed as Kathleen’s was.

We got to talking quite quickly and made friends. I am pretty sure we lost track of time as I don’t even remember how long we talked for. Who knows what kind of show was going on at the time, we were more worried about our conversation. At the time, Kathleen told me she really liked my belt I was wearing. It’s one that Randy Quarteri gave me along with a pair of chaps I bought from him back when I was at school in New Mexico. I asked her about making one but at the time she hadn’t made any yet.

Since that show a couple years ago, Kathleen and I have kept in contact via Facebook, phone, or email and I’ve been sure to come by her booth every year at the Convention Center during the NFR. I told Dad the story of how he kind of set it all up and took him to meet her last year.

A few months ago, Kathleen called and said she wanted to make me a new belt as she’s now making them. She said I was one of the people to inspire her to start with the belts. We talked about life and how things were going first then talked about style and color. I really wasn’t sure what I wanted but knew she would make it nicer than anything else I’d ever worn or likely would wear the rest of my life.

It was only a couple weeks later and it showed up a couple days before the Calgary Stampede’s 101st Anniversary. I wore it proudly there every single day and will do so at all the top rodeos and bull ridings in the country as long as I’m around.

These are a couple pictures of Kathleen’s work along with the belt she made me in this first one. You can check out all of her work at http://www.desertsagebeadart.com/ 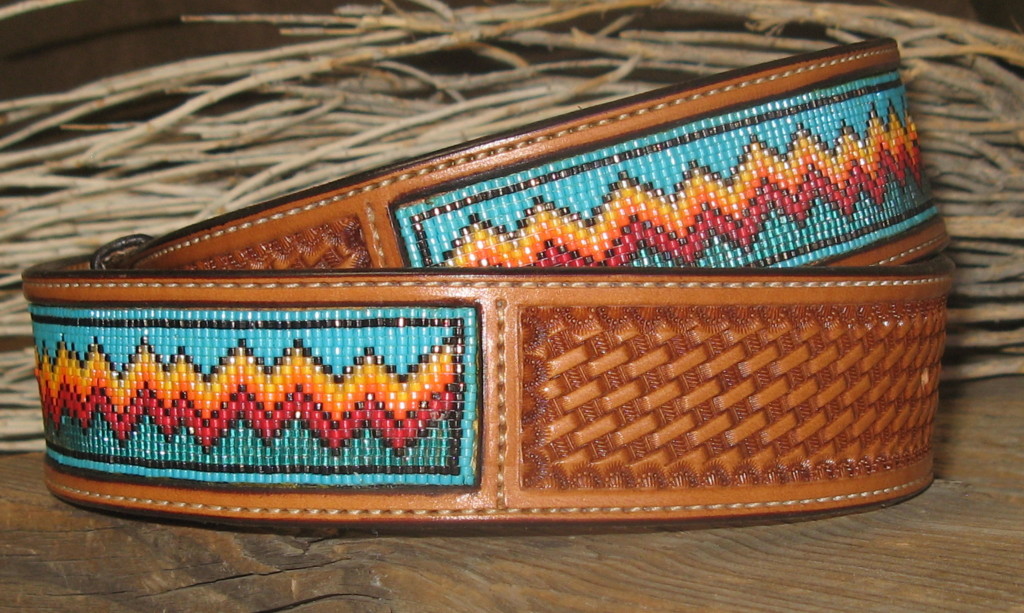 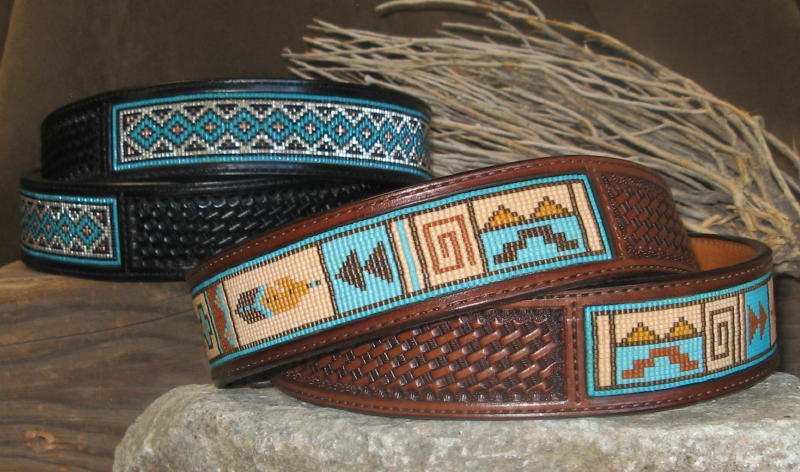 Thank you again Kathleen. See you in Vegas!