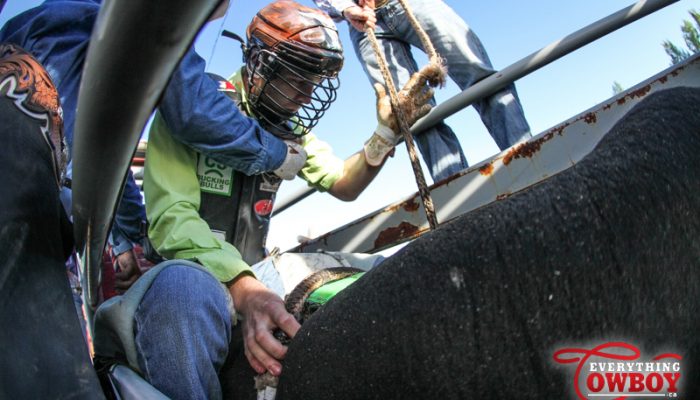 Through the Lens: Bull riding in Alberta

Innisfail played host to the first ever Night at the Ranch PBR at the Daines Rodeo Ranch. The wet weather that was on site for the Calgary Stampede certainly stretched to Innisfail, drenching the arena prior to the event.

Both events were great. I cannot wait for a dry opportunity to buck some bull in the evening at the Daines Rodeo Ranch, and having the opportunity to work with the committee in Oyen is humbling.

Here are some of my favourite images from those two events. 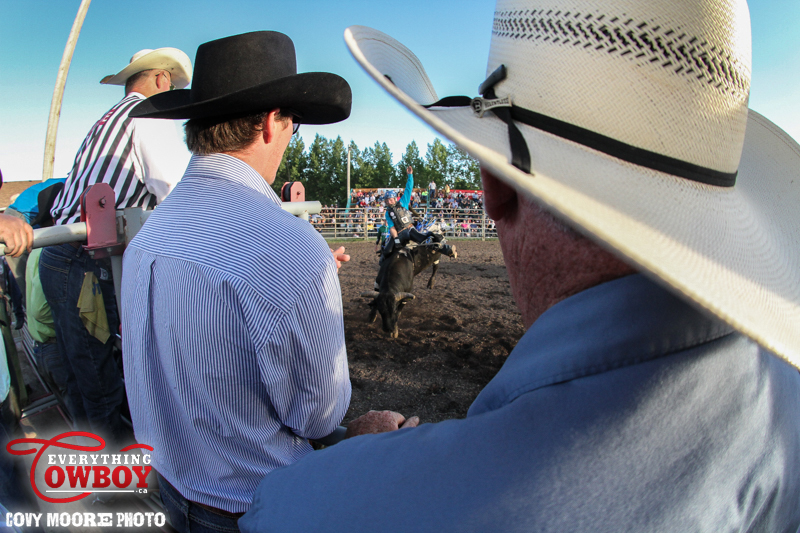 Sometimes on the chutes a little extra help is required to ensure a rider is able to climb on safely. This was one of those instances. Jackson Scott got a bit extra help getting on, and this photographer was relegated to the back of the chutes. That is just fine with me, and simply provided a challenge that made a decent photo either way. This one turned out not too shabby. 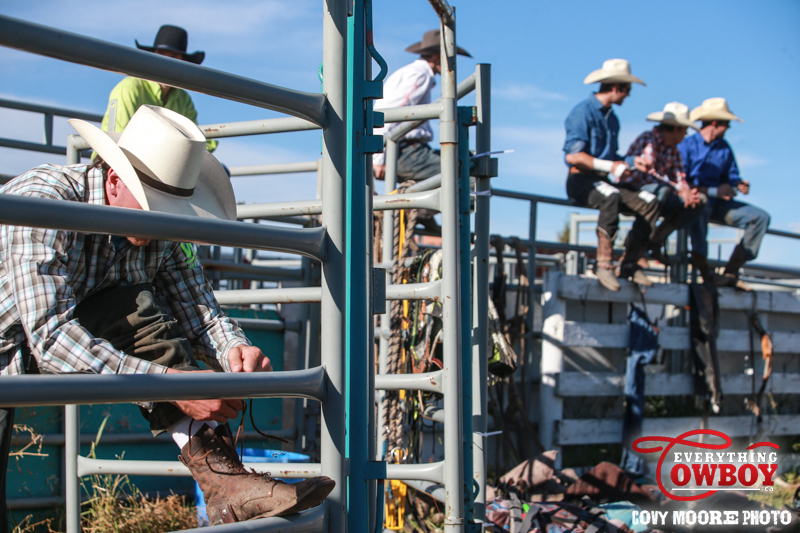 Jordan Hansen gets ready behind the chutes.

I had never been to the Oyen arena before this past week. Being an outdoor arena, and a smaller venue, the cowboy were situated directly next to the beer gardens for the event. This essentially made it so all the rider had to be together for much of the event. While you would think that you have them all together at every event, you would be wrong. This was wide open and great for photos. I just like this frame. 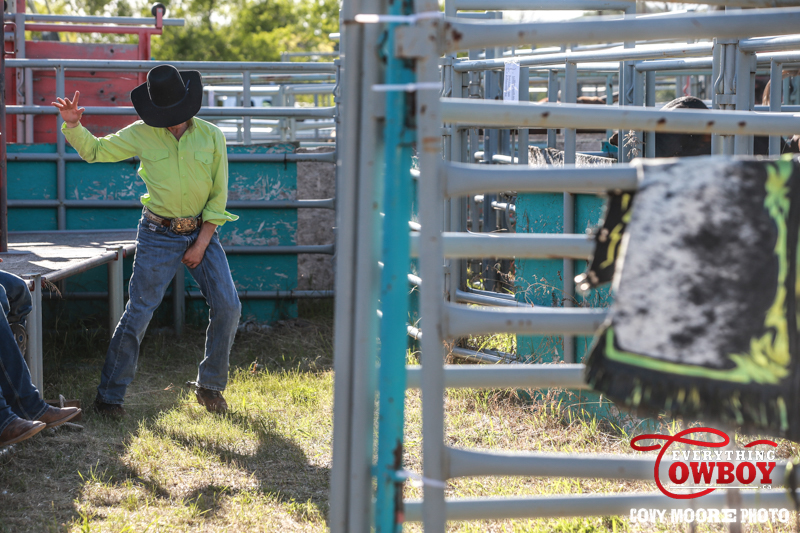 Dakota Buttar prepares for his ride behind the chutes.

And while I said having everyone around was great, I am big on isolation. Giving an image an absolute focal point, all the while telling a story with the rest of the image to me makes for a good frame. Publishable even. Dakota Buttar prepares behind the chutes at the Oyen CPRA bull riding event July 20. 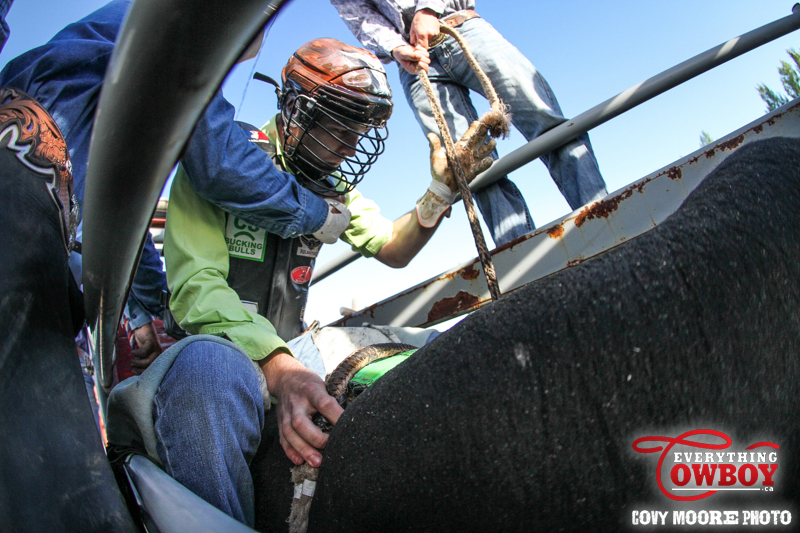 Dakota Buttar warms up the rosin on his rope prior to his ride at Oyen.

And again with the defending champ. I am searching for a set of GREAT images back in the chutes. I am not sure what is so intriguing to me about the activity in the chutes, but being able to be this close to a game that is as risky as bull riding is bumbling. I want to be able to do it justice, and sometimes, frames like this make me feel I hit it. There is a great sequence to Buttar getting on at Oyen. He has to pull twice, I believe for a crouching bull. The odd thing was that this bull had no care in the world that I was waving a camera around his head. His space. Most bulls get pretty “fractious” when you get in their head space, but this was a rarity. 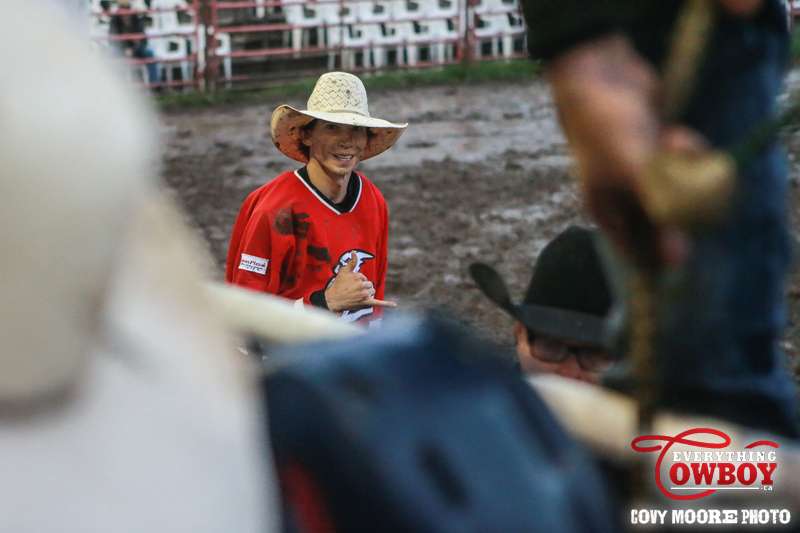 Kris Buffalo at the Night at the Ranch Innisfail PBR.

This dude go kicked in the face. I don’t actually know what the extent of the injuries were, but he took flight. I spoke to him briefly and he didn’t seem too knocked up, either way, whether it was a graze or not, he soldiered on and fought the rest of the evening. My hat is off to you bud. 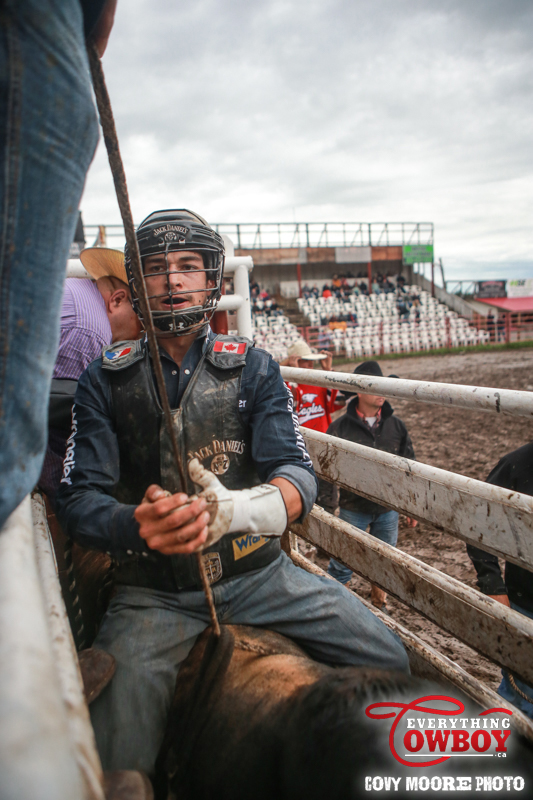 Ty Pozzobon prepares before a ride at the Night at the Ranch PBR in Innisfail.

It sort of works. It was a great event for a first time. Pretty wet. This guy ended up taking the win. Between the sky and the intensity that Pozzobon is showing, I again think this is one of the better images from the evening. 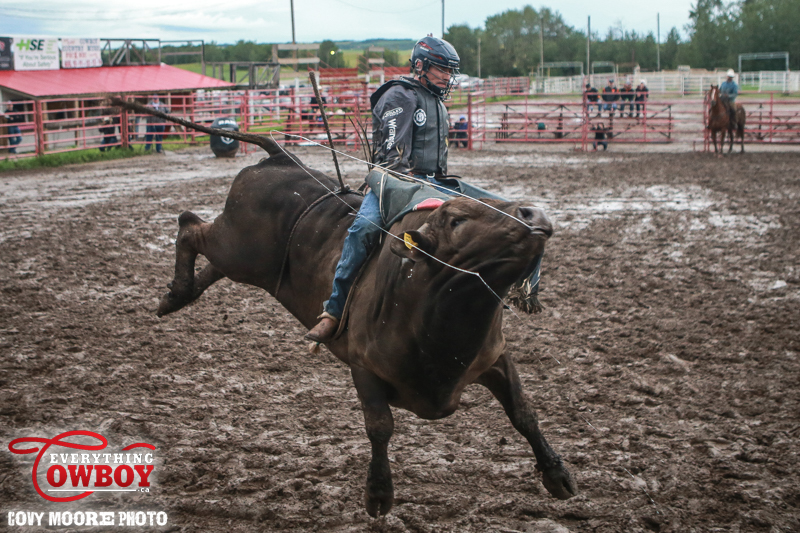 Zane Lambert at the Night at the Ranch Innisfail PBR July 15.

The night before he was set to ride in the wildcard round at the Calgary Stampede, to try and move on to set up a year that has seen so much trouble, what does Zane Lambert do to prepare? Jumps on more bulls. This dude is quickly becoming an inspiration. Between getting wrecked up hard in Stavely earlier this year to his mammoth return, riding his way into Championship Sunday at the Calgary Stampede, he is a story rodeo needs to be telling. 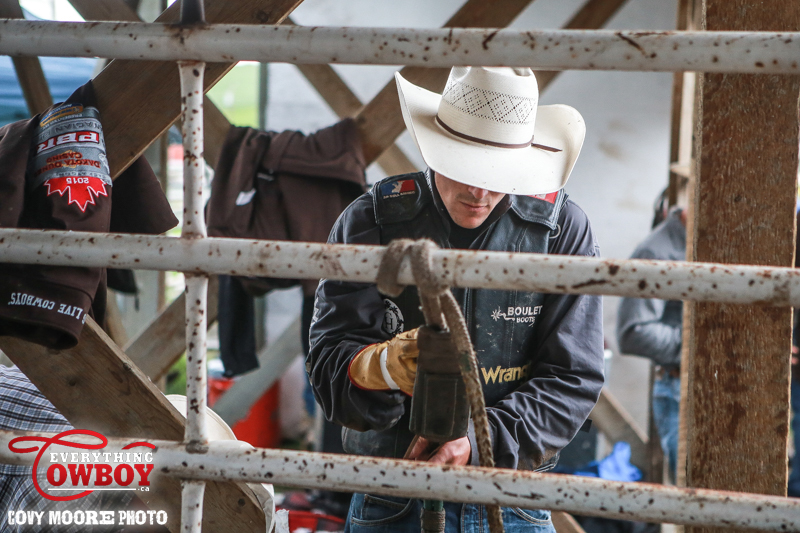 Focused. I do think he even double entered the event. No face needed. He is riding for his entire year the following day. I really like this frame.