Much like tonight’s Ultimate Cowboy Championship, it’s very entertaining to watch as many of the cowgirls don’t usually do all the events. $1,000 in added money was up for grabs along with the $100 per person entry fee. Those who won earned every penny!

After winning the Team Roping, Penny Patton kept things going by winning the Breakway Roping with a quick 4.2 second time. Darquese Beauchesne was a close second at 4.3.

Goat Tying was very entertaining and came up as the fourth event. Melissa Burton got tricked by her goat but still got it tied.

Chelsea Moore kept things going with an 8.4 second time that she obviously wasn’t very impressed with.

Ali Wilkie took a spill as she stepped off her mount.

Leah Olstad bested Chelsea by a half second for the Goat Tying win with a 7.9 to make things very interesting going into the Pole Bending.

Olstad may have won the event if it wasn’t for knocking this pole down.

Courtney Pearson didn’t knock down any poles for the win in the Pole Bending with a 22.604.

Early on in the Cow Riding, Leah Olstad led with a score of 68.

Chelsea Moore was a bit nervous but pulled through to get a score as she needed to in order to get the win.

It her score of 64 wouldn’t be enough, that meant it would be tied. A ride of would decide the championship.

Moore went first and took a big lead with her 73 point score. Unfortunately on her get off, she landed on her wrist and broke it.

Leah didn’t quite have enough cow for the win as her score cane in at 64.

That meant Moore, broken wrist and all would get the victory. 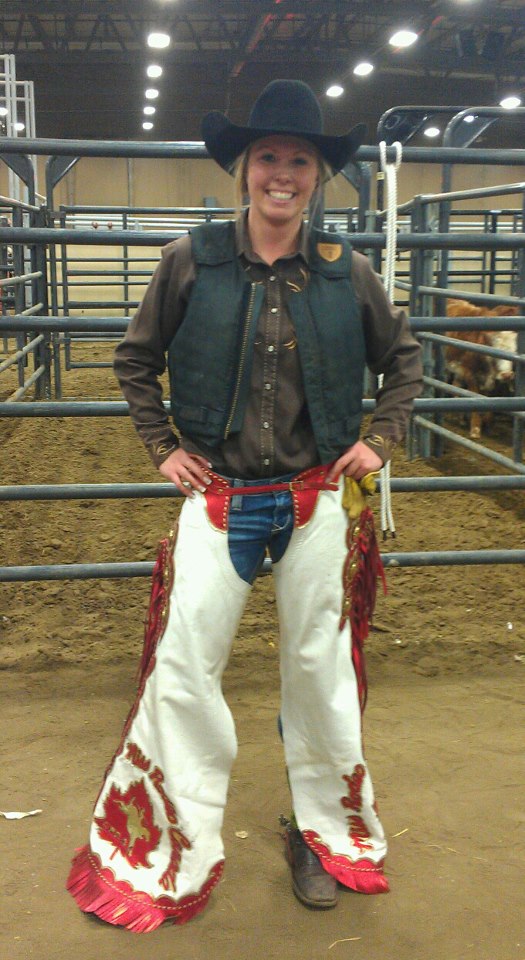 Tonight it’s the big one, Canada’s Ultimate Cowboy Championship. It all gets started at 7:00pm at the Calnash Ag Events Center in Ponoka, AB! Tickets are still available at the door or online at RodeoMasters.ca.