Coutts and Arrowwood, AB: This Sunday marks the first of two events that put a new twist on the sport of Semi Pro Bull Riding in Canada. The Coutts, AB “Border Town Showdown” starts at 2:00pm, June 16th. The cowboy with the highest combined scores in Coutts, and in Arrowwood at the “Buffalo hills Bull Riding” on the 26th of June at 7:00 pm, will; along with collecting a hefty payday with $4,000 added at each event, be presented a Frontier 10X trophy saddle.

“A HUGE thanks to the Coutts Duty Free store for being the major sponsor of our event” Stated Josh Berezay. Avatar Oilfield Rentals, along with Two Bit Bucking Bulls, and Rafter G Cattle Co. put up the dollars necessary to cover the cost of this very special award.

“We wanted to have an incentive to ensure these events were full, nothing hurts a committee like hosting an event only to have it not fill, Josh and I wanted to do everything we could to prevent that” said Nate Gardner over the phone. He also added “Parish and Heimbecker, 2W Livestock, Arrowwood Lions, Bruce & June Tetz, and Pioneer Grain also get a big thank-you for their continued support”.

Coutts is also hosting an FCA rodeo on the Friday and Saturday prior, with Arrowwood doing the same on June 29th and 30th. “We thought the trophy saddle idea was a good one as they are pretty tough to win in Canada, in fact it spilled over to our PBR events. Coronation, Stavely, and High River will be presenting a similar award, a 20X Frontier Trophy Saddle, along with the Built Ford Tough Series incentive” said Nate.

Josh continued “If all goes to plan, Nevada and Montana, along with Beau and Jesse, will award the saddle to a very deserving bull rider at the conclusion of the Arrowwood event, that’ll be pretty neat to see”
Having attended both events in the past, and in fact winning Arrowwood a few years ago, I strongly encourage anyone remotely close to either event to attend; both have beer gardens, concessions, and camping available. They are both produced by guys who want contractors, riders, and fans to feel appreciated, and both events have been wildly successful in years past. 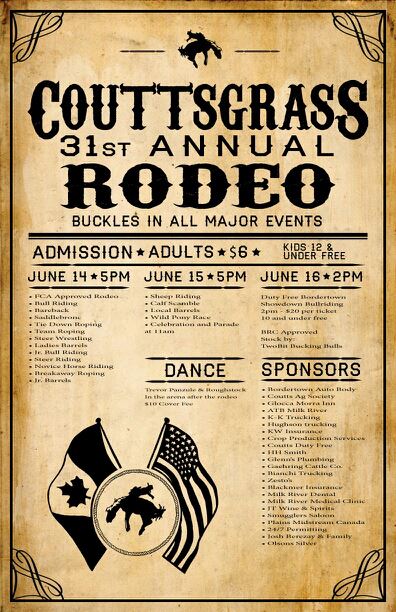 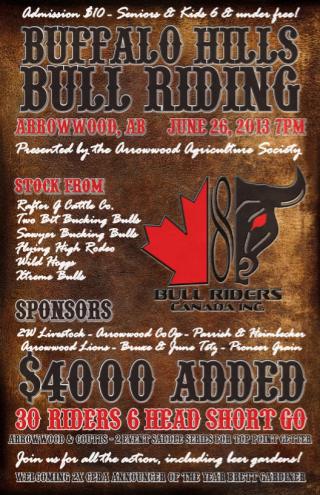