Bringing in the New Year

We are now into the New Year and gearing up for the new season, which happens to be just around the corner!

During this month, I spent two days volunteering at the Stollery Children’s Hospital Radiothon in Edmonton. During these two days, I took the time to answer phone calls from people donating money to help purchase much needed equipment for the hospital. Over the course of two days, the radiothon raised over $1.4 million dollars! It was great to be a part of an event raising money for a great cause. 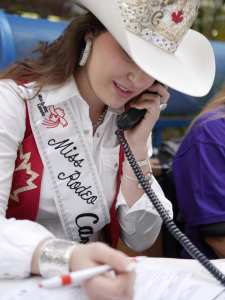 n of the radiothon, I had a chance to spend some time with a couple little girls who had spent much of their life in the hospital and have now been able to return home. It was great being able to answer a bunch of questions they had, take a couple pictures and sign some autographs.

Although January has been slow, February is looking to be a great start to the 2014 year. 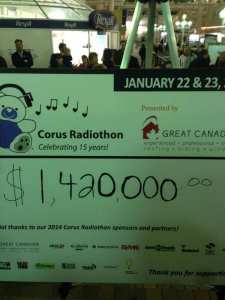 Until Florida, I will be keeping busy attending a few community events throughout Alberta and by spending some time roping at a few local jackpots.