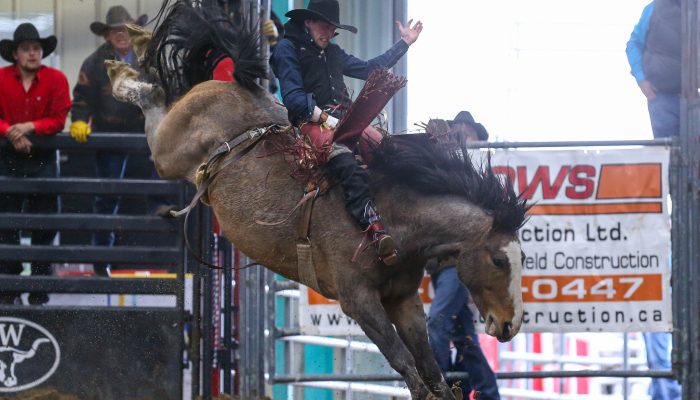 “I got travelling with Clint Laye and that guys a beauty and he just rubs off on you.”

Anderson also remarked on his first NFR and his experience at The American where he opened up about the mental challenges that come with attending such large events. As in any sport, athletes need to have the mental tenacity to perform on the field of play consistently in order to be successful. Ben explained how this was a challenge for him during his time in Las Vegas at the NFR in 2021.

“You know it wasn’t nerves. I went in every night and said I was going to kill it. But it was small things, like my reign and my feet; things that were basic.”

Anderson also spoke to his experience at The American and how the chance to win 2 million dollars wasn’t something he could easily put aside. Large crowds and often larger paycheques is an enormous pressure that many young athletes (Anderson being only 22) must learn to navigate as they mature in their craft.

Anderson is currently sitting 8th in Canada and 34th in the World Standings. Many people will be rooting to see this rising star walk away with the High Point title at the CFR with the hope he also finds his redemption at the 2022 NFR. With his current trajectory, it’s likely we will be hearing the accounts of Ben Anderson’s rodeo career for the foreseeable future in both Canada and south of the boarder.