Calgary, AB: I wanted to share this article with you all today because it was published this past week in American 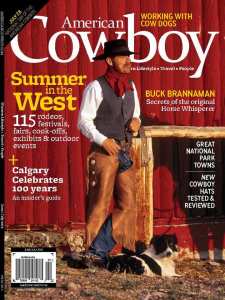 Here it is! I hope you all enjoy it. Thank you as well to Chelsea Toy for the great opportunity to write it as well as Shane Hanchey and Seth Glause for being a part of it.

As told to Ted Stovin

Seriously, what kind of person wants to get paid for getting whiplash on a daily basis? Roughies may be the most underpaid athletes in the world, but all of us in rodeo are underpaid athletes.  Last year in Houston Tuf Cooper and I were looking at the calves selected for the final four,  $50,000 round when he asked me if I was nervous. The bulls were getting run in then too, and I said: “I’d be way more nervous to have to get on one of those things than rope a calf!” I also hang out a lot with Jacob O’Mara and DJ Domangue though so I get to see what that end of the arena is like a bit. Jacob and DJ are great guys but not right in the head as far as what they do every day.

Seth Glause
I‘m usually not quite the guy to make fun of my friends, but timeys sure are an easy target. Since I rope quite a bit too, I’m on the timed event side of things a lot in my spare time. I don’t have a problem at all with timeys, but there for sure are some differences in the two ends of the arena. Tie-down ropers need to know more and practice more than anyone else in any event. These guys are real smart and technical, horse savvy people.  They should probably learn to pick on someone their own size though, and be more like the steer wrestlers. I would say that no one really ever has a problem with a steer wrestler. If they did, it would probably be a bad idea because they could whip any one that had the problem, and their hazer would back them right up. Unlike the calf ropers, steer wrestlers actually have a more even match up with their animal too. They are really big and heavy set guys. A lot of them don’t own their own horses too so they’ve got to figure out which horses to ride. So some of them travel a bit like roughies and they are the strongest and toughest or the three events so they are for sure the coolest of the timeys. And the ones that I like to have on my side when a disagreement may come up.

Then there are the team ropers, these guys sometimes looked down on a little bit by young bucks of rodeo. That is until they get too old to do their own events and become team ropers themselves. Because of that, they are a mix of everything really, almost everyone can team rope. I don’t really have anything bad to say about them though because I am one too. It’s kind of like the cowboy version of golf though if you were to make a comparison. When you want to relax you can be a team roper. You don’t have to get off your horse, you don’t have to get in the mud when it’s raining out and someone else takes your rope off in the stripping chute at the end too.