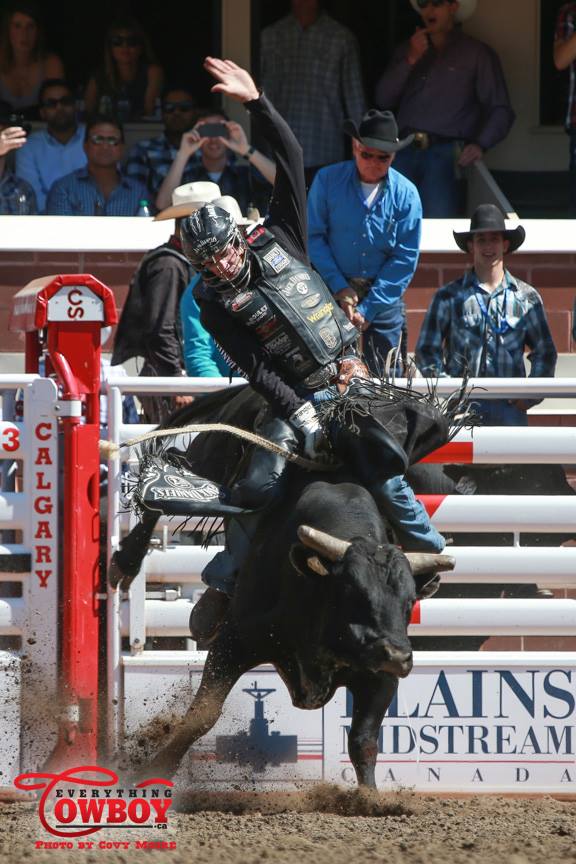 Number eight on our countdown of the biggest moments of 2015 is Aaron Roy’s return to everyday competition.

It was 16 months Roy spent away from competition before making his triumphant return which nearly topped our countdown in 2014. Returning to the Calgary Stampede, the place where his career nearly ended in 2013, could nearly top our countdown this year.

The three-time PBR Canadian Champion made a full return to competition within a year of being back, qualifying for his seventh PBR World Finals in Las Vegas.

Aaron Roy made his return to the Calgary Stampede with a second place finish this afternoon on a bull called Shots Fired. Photo by Covy Moore. TAP IMAGE FOR STORY.