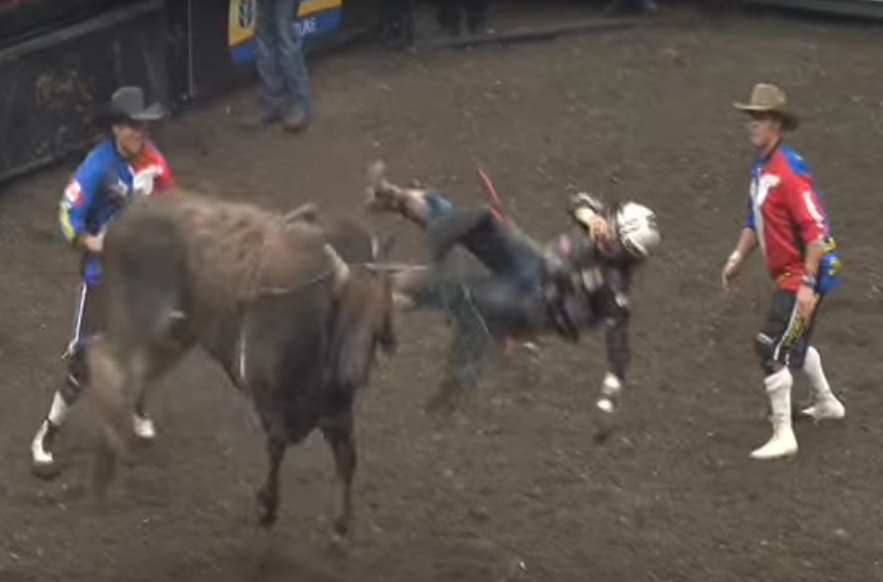 Stetson Lawrence had his biggest year ever in the PBR in 2015 finishing inside the top 10 in the world. A couple different outcomes at the PBR Majors could have won him a boat load more money too.

Lawrence won the PBR’s Canadian title in 2014 making him the second American to do so. Saskatoon featured the 10th edition of the PBR Canadian Finals this past November and the North Dakota man was once again in the Championship Round.

This matchup with Flying High Rodeo Co.’s I’m a Hustler didn’t go the way of Lawrence. It’s number seven on our 2015 countdown.