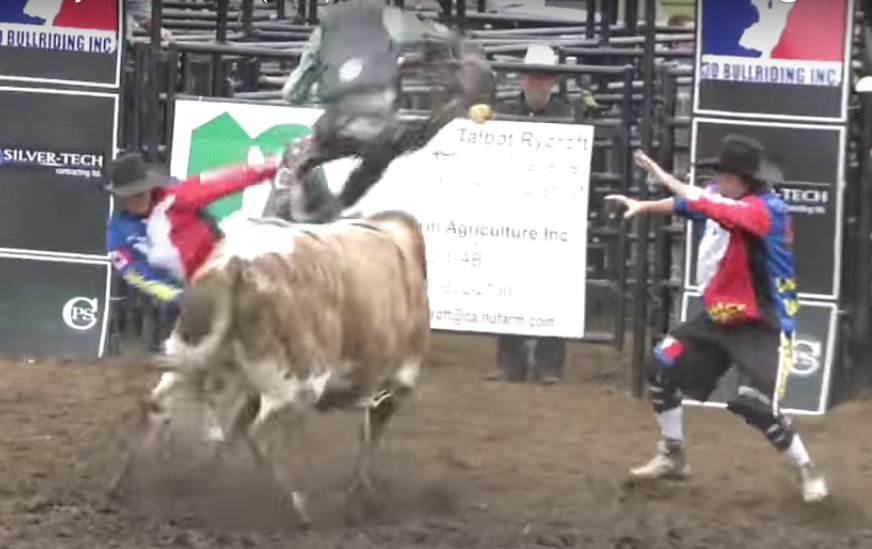 This year was an unusual one for wrecks that were out of the ordinary. One of these is kind of normal and the other isn’t so normal. These ones are pretty tame compared to some of what went down this year though as you’ll see further up in the countdown.

The first one today is something bulls often do, and that’s run over fallen bull riders. This one seemed to not ever end in Wanham, Alta., in the mud.

For Brady Oleson, he did come back in November to the PBR Canadian Finals and win the whole deal for more than $10,000.

Bull fighter Ty Prescott is on the other end of this entry with an unusual wreck which happened at the Brad Phipps Memorial PBR in Lashburn, Sask., this past August.