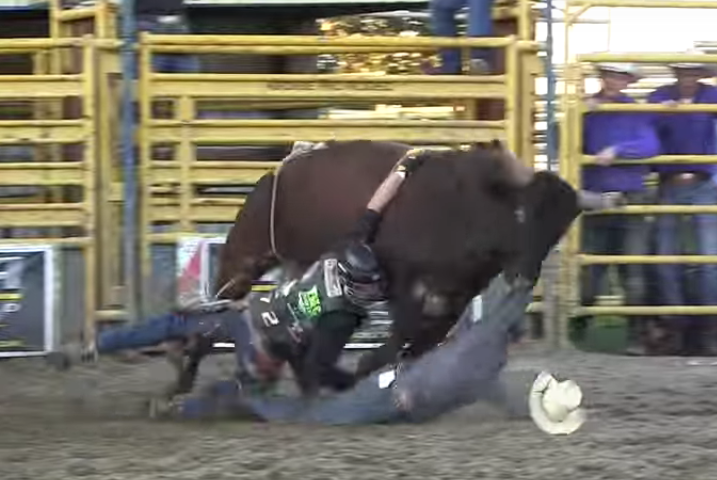 This entry must have been meant to be. Today just happens to be the subject of this video’s birthday. It’s also Christmas, Merry Christmas to you all and thank you for following along for another year!

Back to the wreck countdown, Chad Pighin is the man who gets run down in the video below. Earlier in the countdown I mentioned there being some odd and unusual wrecks this year. This was one of them.

As you’ll see, Chad is the guy announcing, from the arena floor at the Airdrie Oilmen’s Bikes & Bulls event this past August. Unluckily for Dirk, he zipped when he should have zagged and it cost him a sore shoulder. His microphone ended up in the third row of the stands.

I worked for Chad for four different summers and he always said I had to tuck and roll to save myself from a wreck or fall off a ladder. Shoulda’ used your own advice man, or stuck to the announcer’s stand!

Happy birthday though Chad. If there’s anyone that can laugh this one off it’s you. All the best in 2016!