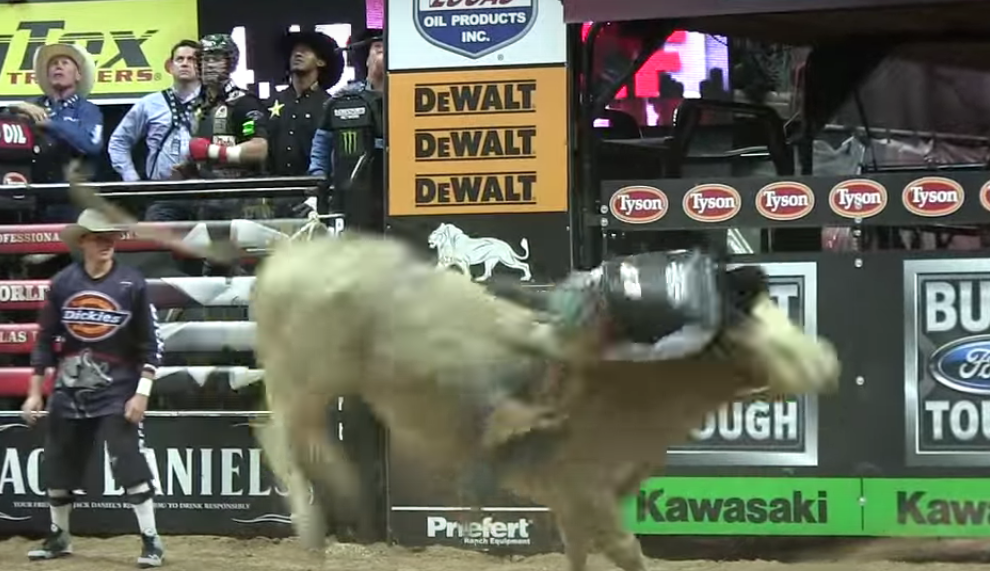 A trio of knockouts check in at the number four spot on the countdown for 2015. The first one shows Ben Jones taking on Big Stone Rodeo’s Sheep Creek in the Championship Round of the PBR’s World Finals.

This one didn’t make last year’s countdown since it happened on New Year’s Eve in 2014. Justin Lloyd broke his jaw in this out and sat out a lot of 2015.

We’ve only got three left after this. Any guesses what tops the countdown this year? There are hints all the way along. Two connections in this post alone.