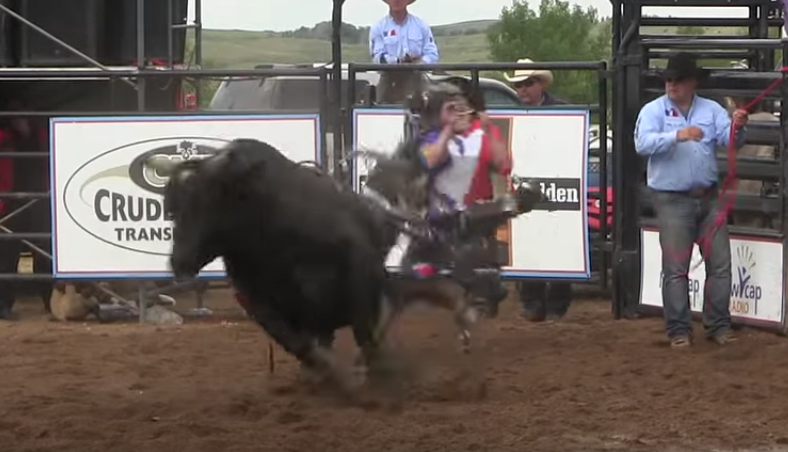 This has to be the most perfectly executed – unintentional – ninja kick ever.

I’m not sure what else to say about this besides thank you to Jessie Lisk for travelling with me to Hillmond, SK to the Wade Redden PBR Challenge this year to help me drive, set up speakers and film for a few days on the road.

Cody and I spoke last night and I let him know this wreck of his was first. He said he’s been having headaches more often now and I didn’t like that. I told him to take care of his brain. Accidents happen and in our sport head injuries are a serious matter. Scott Schiffner sat out his first ever round at the CFR this year for this exact reason.

You’re first this year Cody and I hope you’re first on the biggest moments countdown in 2016!

#3 – The Grandest of Entries