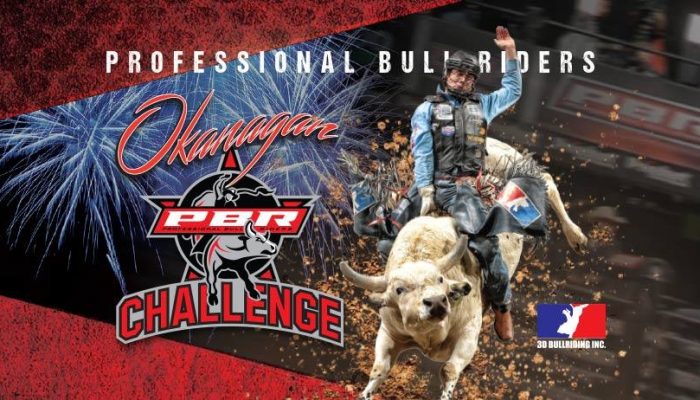 KELOWNA, British Columbia — Shoot, I can’t believe we are already in to August, this summer has flown by. That also means that crunch time is approaching in the rodeo and bull riding world. Guys on the bubble want to start making it happen to secure their spots, and the guys at the top want to continue their winning ways.

When I think of British Columbia, I think of three things: house-boating, D. Dutchmen ice cream, and awesome bull riding events. I have loved makings those long drives through the mountains, because I knew the events would feature great bulls and the best fans. Kelowna will be no exception. 3D Bullriding and the rest of the promotion crew have done a great job advertising this event. We even got to see Cody Coverchuk behind the wheel of a PBR Lamborghini (Scary! haha).

So, if you need a break from hanging out on the lake head on down to Prospera Place at 7:00 pm for some awesome PBR action! Tickets are available HERE.

Cody Coverchuk vs. 312 Slim Soldier – It’s hard not to choose Covey the way he has been riding lately. After having some tough luck at the Calgary Stampede, Covey has been on an absolute tear through the PBR circuit. He even finds himself at the top spot in the PBR Canada standings at this point. To be honest, I have no idea what this bull is but form what I can tell he comes from the Marchand family in Vernon so I can imagine he will be a bucker. Cody has everything going right now, and don’t be surprised if you see him continue his winning ways tomorrow night.

Justin Lloyd vs. 13 Whiplash – Justin is another guy who has been having a really consistent season. He has been making tonnes of miles on both sides of the border, and he’s been doing his fair share of winning. Justin is matched up with Whiplash from the Wild Hoggs crew, and I don’t think he should give him much trouble. Whiplash should be out there around to the right and he will kick really hard the whole way through. This should be a perfect fit for the way Justin rides. Look for a good score here!

Tanner Byrne vs. +206 Hollow Point – I think this is like the fourth time in a row I have picked Tanner, but it’s hard to bet against a guy who rides as good as he does. Tanner has some ground to make up in the World Standings if he wants to get back down to the big dance in Vegas. I think this match provides a great opportunity to get the ball rolling. I haven’t heard much about this bull, but I’m sure if Nansen is packing him through the mountains he’s a good one. I’m going to go out on a limb here, and say Tanner will come in with an 85.5 on this sucker.

Tim Lipsett vs. 108 Overcooked – Tim couldn’t of hand picked himself a bull that fits him better than Overcooked. I have said it before, and ill say it again. There are not many guys I know that ride a bull away from their hand as Timmy does, and Overcooked might want to think about going left tomorrow. Tim has been lacking a bit of consistency this year, but he has been able to connect at the right time to pull some big cheques as of late. I think Tim is definitely going to connect on this matchup. Heck, he might even win the long go! (you heard it here first folks)