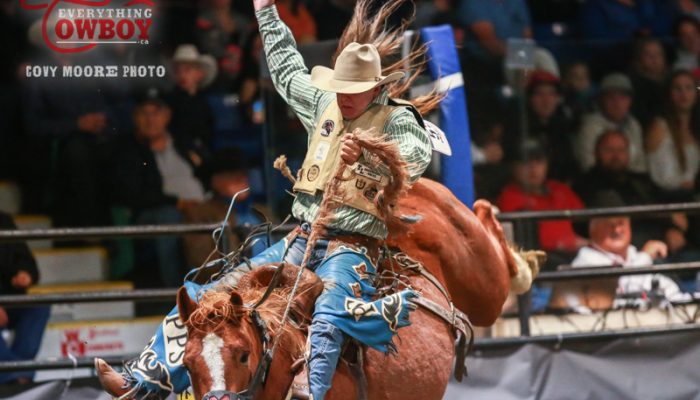 For Skeeter Thurston, there is nothing better than being able to watch his sons ride saddle bronc.

“A father always wants your boys to kind of do what you did or something of that nature. And just to be able to help them and kind of show them what I went through and what I learned over the years is great. I think any father would love to be able to do that,” said the rodeo legend after watching his eldest son, Wyatt, ride to a second place finish at the Foothills Cowboy’s Association Finals Rodeo in Red Deer over Thanksgiving weekend.

Meanwhile, Skeeter’s middle child — Zeke Thurston — may be one of the most exciting young rodeo cowboys competing on the professional rodeo circuit.

Skeeter, who is a six-time WNFR qualifier and former RodeoHouston champion himself, said being able to see his sons have so much success while following in his footsteps is pretty much every father’s dream.

“You always hope that they do better than you do and that they can skip some of the steps that you maybe had to learn by the hard knocks, but yeah you always like to see them guys do good.”

Right now, the second of four Thurston siblings is gunning to add another trophy buckle to his ever-expanding collection. A big, gold one that is the object of every rodeo cowboy’s wildest dreams.

“I’m really excited, very excited. It’s an experience like no other and it’s pretty cool to be going back again,” said Zeke of qualifying for his second Wrangler National Finals Rodeo in two years.

“I keep it pretty simple. I just take it horse by horse, same as I do all year. You just kind of stick to the basics and you control what you got control over and the rest you just let it all fall in place.”

And while his younger brother has been in the spotlight over the past year, Wyatt said he has nothing but admiration for what Zeke has been able to accomplish.

“I hold nothing against Zeke. There’s days where he’s the best bronc rider in the world. I just hope I can keep up to him,” he laughed.

Zeke echoed the sentiment. In the Thurston family, he said, no one achievement is greater than another.

“You want them to do as good as you or better and you cheer them on as much as yourself. So it’s always fun. When they have success, it’s kind of like your success,” said Zeke, adding that if the two were ever to go head-to-head at a rodeo, not much would really change. 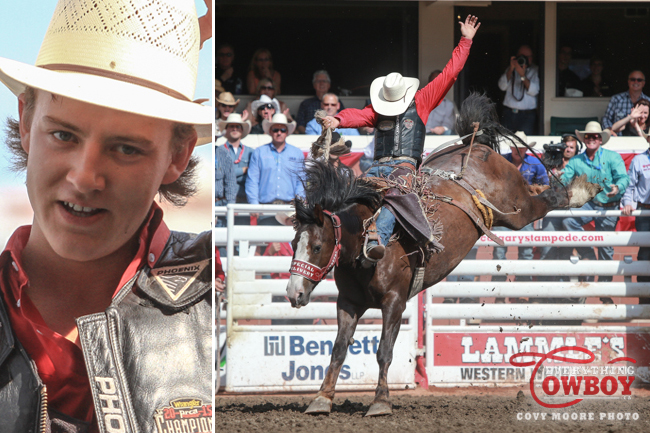 “We rode against each other through high school and through the amateurs. It’s always fun. Kind of fun camaraderie, you know. Joking around at the dinner table with your brother. It’s awesome.”

The young superstar cowboy won’t be making an appearance at the CFR in Edmonton this year because he’ll be in Dallas that week competing in the inaugural Elite Cowboys’ Association World Championship.

Still, Zeke had a tremendous season north of the 49th parallel. In fact, if it weren’t for the fact that he competed in less than 15 CPRA rodeos this year, Zeke would have booked a ticket to CFR anyways.

“I had a really good year up here. I wish I could have gone to more rodeos and been able to go to the Canadian Finals, but that’s the way it goes. Next year,” he said.

As his eldest sons gear up for some pretty big rodeos, Skeeter said there wasn’t much he could offer them in the way of advice that he hasn’t already imparted.

“You’ve always got to stick with the basics. You know, just stay relaxed and don’t blow things out of proportion. But they’re at the point where I don’t have tell them anymore. They know and they do a lot of that stuff better than I did when I was rodeoing,” he said.

So now all that’s left is to give them the occasional reminder or bit of encouragement in the chute and then sit back and just enjoy the show.

Samuel Thurston was injured in Grande Prairie, AB in May of 2016 and looks to 2017 for a return to competition.