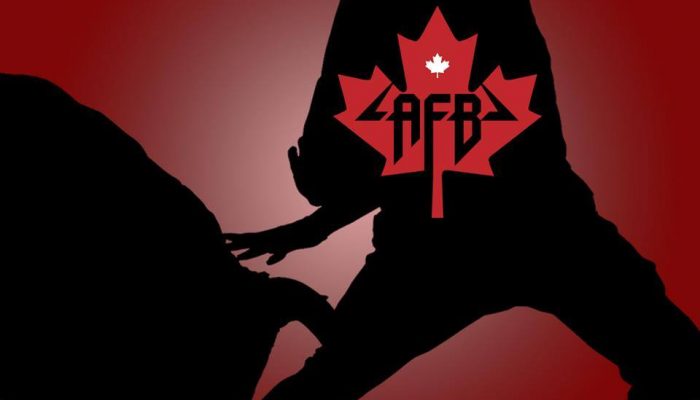 From day one Shorty Gorham’s American Freestyle Bullfighting has been about opportunities.

Gorham, best known for providing cowboy protection and being part of the CBS Sports / CBS Sports Network broadcast team for elite televised PBRevents, wanted to help grow the sport of freestyle bullfighting and provide a new generation of bullfighters with an opportunity to earn a living.

“I got lucky,” Shorty Gorham/ Shorty Gorham – Professional Bullfighter said. “Well, it was dumb luck. It was my dream to be a bullfighter. I had huge opportunities at home, and I was basically like, ‘Nope, I’m going to fight bulls.’ And luckily it worked out. I’d love to see that be possible for many, many more people behind me—to get the same opportunities that I did to live their dream.”

The AFB has sanctioned nearly 50 events since it commenced in the Fall of 2017 and now Gorham is partnering with Travis James and Dominic Roy to rebrand the Xtreme Bull Fighter as AFB Canada.

“I’m excited about it,” Gorham said. “It’s going to help the sport to grow and, at the same time, give more people opportunities. That’s our whole goal here.”

James added, “It’s nice to know you have one of the best bullfighters right now sticking his neck out and trying to build the (sport) of freestyle bullfighting. … I like that it’s by bullfighters for bullfighters.”

Gorham and James said they were able to work out a partnership in one conversation.

AFB Canada will use the same point system as the AFB has been using the States. The series of events in western as well as eastern provinces will allow Canadian bullfighters to earn their way to Las Vegas for the AFB World Finals later this year.

“I’ve been wanting to get something going up there,” Gorham said.

James said he thought Gorham has “done a great job of promoting” the AFB and given fellow bullfighters an opportunity to showcase themselves and the AFB “on the big stages,” which is where James and Roy have wanted to take their events.

Gorham said he is hoping to use his PBR connections to expand the AFB Canada schedule to include PBR Canada events in the same way they have integrated the AFB into the elite televised PBR schedule in the U.S.

“This should make it easier,” said Gorham.

“That’s part of dealing with Shorty, he has more connections,” said James, who has been bullfighting for the past eight years and producing freestyle events for three years. “I’m excited to associate with a great brand and just try to keep building freestyle bullfighting.”