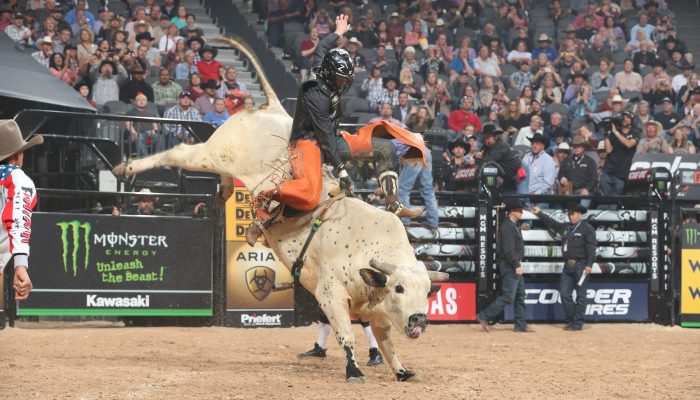 The PBR Sport Performance Center aims to be an incubator for future bull riders, other Western sports athletes, and amateur and professional athletes across a range of sports who will participate in extensive fitness, nutrition, training and recovery programs utilizing advanced equipment and technology. Camps for athletes in traditional club sports will also be held regularly for athletes ranging from youth to established professionals.

As part of the Pueblo Convention Center expansion, the facility has the ability to host camps in sports such as wrestling and gymnastics, where a large, open indoor space is needed for training.

After leaving the NFL, he continued his passion for the game by training at some of the most prestigious and innovative athletic training centers in the country, including FitSpeed in Weston, Florida and Exos in San Diego. He is certified in neuromuscular activation and holds a certificate from Exos Sports Performance, one of the top sports performance franchises in the country.

Burton has opened his own gym, Next Level Performance in Pueblo, CO, and is director of athlete performance for More than Football, a combine and life skills program that trains and guides college athletes with the skills and abilities needed to succeed in professional football and also in life on and off the field. In addition to rigorous physical training, athletes who complete the program also participate in financial, emotional, spiritual and career driven educational courses.

“As an athlete who relied on blue-collar grind and grit to make it to the top of his sport, an innovative athlete trainer across major sports, and an entrepreneurial business owner, Antwon is uniquely qualified to build the PBR Sport Performance Center into a world-class training facility for athletes in western sports and beyond,” said Sean Gleason, CEO, PBR. “The PBR Sport Performance Center is another milestone in the history of our sport, and we’re excited to work with Antwon in building this unique, one-of-a-kind facility for athletes in and outside of western sports.”

“PBR truly understands sports, marketing and entertainment, and with the growing star power of western sports athletes who are on par with those of any professional sport, I believe the sky is the limit for this sport’s growth,” Burton said. “I’m so excited to be working with the PBR team to make an impact on both PBR’s growth and the community here in Pueblo.”

IMG Academy helped plan, design and program the PBR Sport Performance Center. Bradenton, Fla. based IMG Academy, an innovator in how athletic training is delivered over the past 40 years, and PBR are part of the Endeavor Network.

The world’s premier bull riding organization began as a dream of 20 bull riders 26 years ago and now competes in five countries. On its elite tour, the organization features the top 35 bull riders in the world and the top bulls in the business. The televised PBR Unleash the Beast tour, along with the PBR Pendleton Whisky Velocity Tour (RVT), the PBR Touring Pro Division (TPD) and the PBR’s international circuits in Australia, Brazil, Canada and Mexico have paid more than $184 million in earnings to athletes. Thirty bull riders have earned more than $1 million, including two-time PBR World Champion J.B. Mauney who has become the top-earning athlete in Western sports history with more than $7.3 million in career earnings. PBR is part of the Endeavor (formerly WME | IMG) network. For more information on the PBR, go to PBR.com, or follow on Facebook at Facebook.com/PBR, Twitter at Twitter.com/PBR, and YouTube at YouTube.com/PBR.