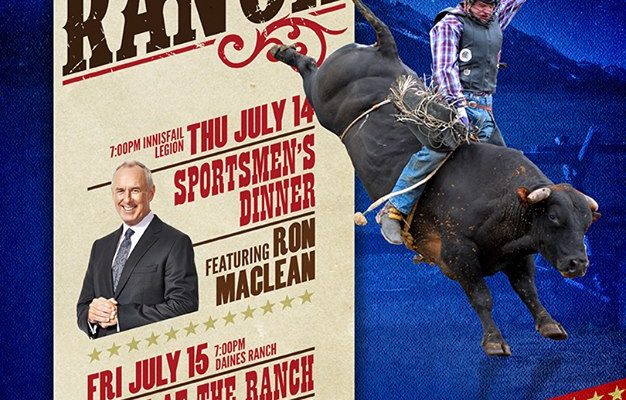 Bull riding starts tonight at 7:00pm at the Daines Ranch, there’s a cabaret featuring 9 second ride and tickets are $20!

The following is the draw for the Night at the Ranch PBR on July 15th, 2016 at the Daines Ranch, northwest of Innisfail, AB starting at 7:00pm. 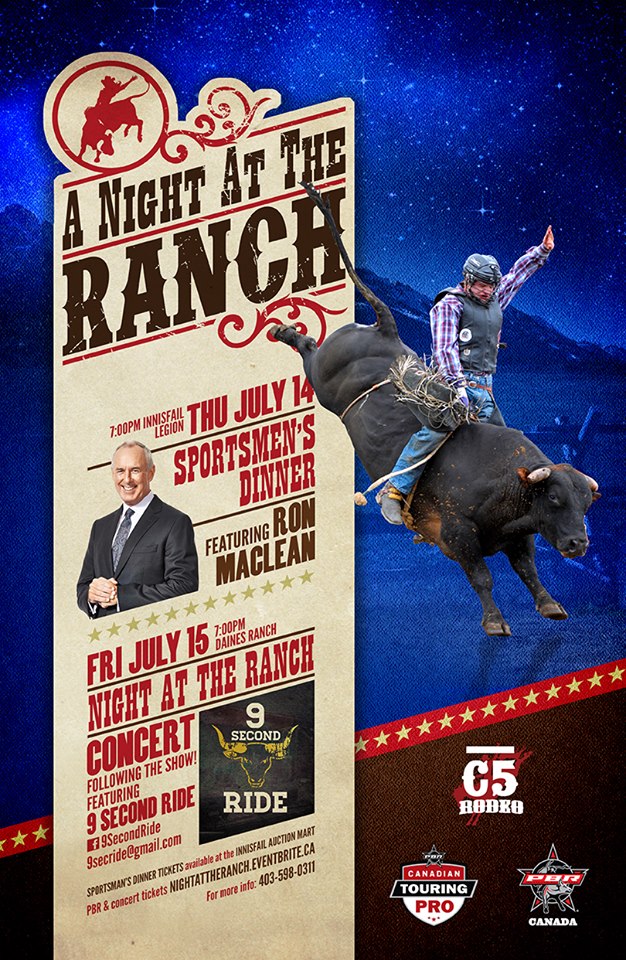