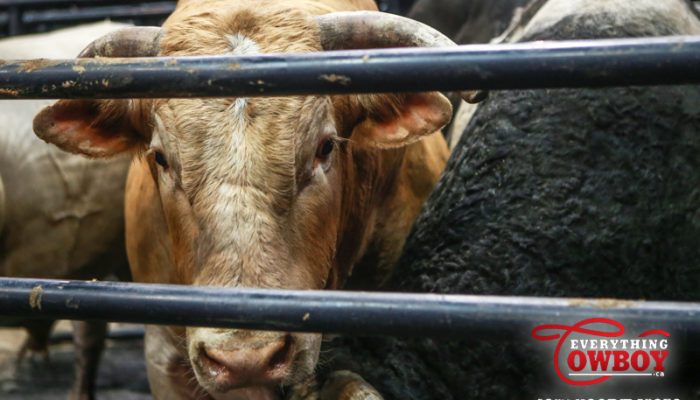 LAS VEGAS, Nevada — Four bucking bulls from the nation of Canada have been selected for the 2016 Professional Bull Rider’s (PBR) World Finals in Las Vegas.

Earlier this week, PBR Livestock Director Cody Lambert notified Jason Davidson of the PBR here in Canada and 3D Bull Riding Inc. of the bulls selected to compete from November 2nd to 6th at the T-Mobile Arena.

“I feel that our livestock athletes need to be recognised in the same conversation as our PBR Athletes like Tanner Byrne, Aaron Roy and Ty Pozzobon,” Davidson said. “These animals are at an elite level in our industry. All four of theses bulls have been featured across our country as our best bovine athletes and PBR Canada is proud to say that Cody Lambert recognises that.”

The Canadian bulls heading to Las Vegas are:

Six bulls were selected for the 2014 and 2015 PBR World Finals. Of the six that were chosen in 2015, four were chosen for this year’s World Finals under their new owners. Seven Dust and Hey Jack, formerly of Big Stone Rodeo and the Wild Hoggs respectively, are ranked in the top ten in the PBR World Champion Bull Standings.

Other Canadian bulls to have made the trek south in previous years are: RMEF Bugle (Man Dime) and Torch (Come Closer) from Curtis Sawyer of the Outlaw Buckers Rodeo Corp; Pound the Alarm and Duck Butter (Gas Tank) from the Wild Hoggs; Sheep Creek from Big Stone Rodeo; Kill the Lights from Todd Braithwaite, among countless others.

Expect to see this year’s Canadian PBR World Finalist bulls in Saskatoon, SK on October 14th and 15th at the Sasktel Center at the PBR Monster Energy World Finals Qualifier.

Also heading to the PBR World Finals from Canada, now under new owners are 033 Shoot out the Lights and 045 Bad Touch from the Flying High Rodeo Co., 177 Time Bomb from Big Chief Bucking Bulls and 991 Dead Calm.