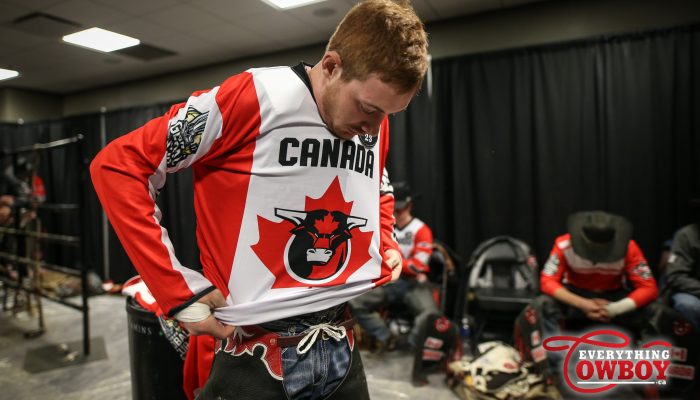 The fourth edition of the PBR Global Cup, the only nation vs. nation bull riding competition, will make its second stop at AT&T Stadium in Arlington, Texas, on February 15-16, 2020. The new team tournament debuted in Edmonton, Alberta, in November 2017, visited Sydney, Australia, in June 2018, and most recently stopped in Arlington this past February.

At the 2020 WinStar World Casino and Resort PBR Global Cup USA, presented by Monster Energy, Schiffner and Girletz will lead a smaller contingent of riders, six cowboys and an alternate.

All Global Cup team coaches will now have full selection power over their rosters. The competitive change gives the coaches more control of their rosters, with complete autonomy over which bull riding athletes will don their country’s jersey and put it all on the line for the title of “Toughest Nation on Dirt.”

In 2018, Schiffner retired, punctuating his prolific career with a seventeenth qualification to the “Greatest Outdoor Show on Earth,” – The Calgary Stampede – an event he won twice (2001 and 2012).

Crowned PBR Canada’s first-ever national champion in 2006, Schiffner is a 12-time PBR Canada Finals qualifier, winning the season-culminating event in 2013, and four-time PBR World Finals qualifier. Within the CPRA, the 39-year-old is a two-time Canadian Champion (2001 and 2012) and 18-time competitor at the Canadian Finals Rodeo (CFR).

Among his myriad of other honors, the Strathmore, Alberta native was the recipient of the prestigious Glen Keeley Award in 2007 as the top-earning Canadian in PBR competition, earned the Guy Weadick Award in 2011 for his embodiment of the cowboy spirit and the values exemplified at the Calgary Stampede, and was recognized as the Cowboy of the Year in 2012 by the CPRA.

Paralleling his vast experience garnered as a professional competitor of more than 15 years, Schiffner is no stranger to the team format. In 2002, he competed as a member of Team Canada at the Salt Lake City Winter Olympics which featured rodeo for the second time in the sport’s history. Finishing just off the podium, Schiffner won the event’s second round with an awe-inspiring 92-point ride on Just Spoofin’.

Schiffner is also a four-time competitor for Team Canada at the PBR World Cup from 2007-2010. He was twice the Maple Leaf’s top performing rider, first in 2007 when Canada finished second, and then again in 2009 when the country concluded the international event third.

Girletz will make his Global Cup debut in 2020 occupying the role of assistant coach for the first time in the nation’s history.

Recently retiring in 2017, along with qualifying for the PBR Canada Finals six times, Girletz is the 2006 Canadian Champion bull rider and a nine-time CFR competitor.

The Cereal, Alberta native is also familiar with the team format, riding at the PBR World Cup alongside Schiffner in 2007, 2009 and 2010. Girletz’s abilities were evident in 2009 when he stepped in as an alternate and went 2-for-2 to help Team Canada finish third.

Girletz also brings a wealth of bucking bull knowledge to the role, hailing from the legendary rodeo family behind Girletz Rodeo Stock. The family’s stock outfit has produced seven Canadian Bulls of the Year, along with countless bovine athletes that have bucked at the PBR World Finals including the likes of White Lightning, Moto Moto and Stunt Man Ray.

The remainder of the coaches for the 2020 PBR Global Cup USA are:

Tickets for the 2020 WinStar World Casino and Resort PBR Global Cup USA, presented by Monster Energy are on sale now and start at just $10. They can be purchased at the AT&T Stadium Box Office, online at ATTStadium.com or SeatGeek.com, or via the phone at (800) 732-1727.

For more information on the event, including premium experience and elite seats offerings, visit PBR.com/GlobalCup.

Launched in November 2017, the PBR Global Cup is the only nation vs. nation bull riding competition where riders compete for record purses, glittering horns from the Global Cup trophy and the very dirt they compete upon. The PBR Global Cup debuted in Edmonton, Alberta in November 2017 and then visited Sydney, Australia in June 2018, before making its most recent stop in Arlington, Texas in February 2019. At the inaugural event in Edmonton, Team USA made an incredible come-from-behind surge on the final day of competition, overcoming a resilient Team Canada, to return home with the Canadian horn with soil from Rogers Place encapsulated inside. Six months later, Team Brazil, which finished second in Edmonton, held off a persistent Team Australia by 0.75 points to be crowned the Global Cup Champions inside Qudos Bank Arena in Sydney. The most recent edition of the event, held inside the home of the NFL’s Dallas Cowboys in Feb. 2019, was decided yet again by the final two outs. Team Brazil claimed a second Global Cup horn when they won the first edition of the event on U.S. soil.

Courtesy of the PBR