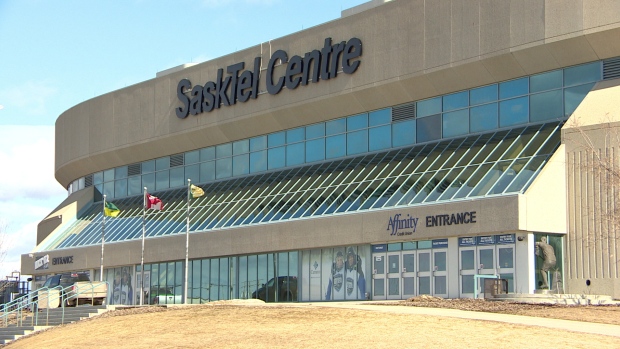 CFR moves to Saskatoon for 2017

The Canadian Professional Rodeo Association (CPRA) and the city of Saskatoon have signed a memorandum of understanding to host the Canadian Finals Rodeo in Saskatoon, from 2017 to 2019.

President and CEO of Tourism Saskatoon, Todd Brandt explains the opportunities present in a city like Saskatoon. “Saskatoon is an excellent host destination for the Canadian Finals Rodeo starting in 2017. Many new accommodations, a dynamic foodie scene, a huge volunteer base and being Canada’s youngest city demographically will bring a vitality to this national championship, and grow the market in Canada. We look forward to emulating the many popular events that are synonymous with the CFR, but blending in our own Saskatoon flavour,” said Brandt.


Executive Director of the SaskTel Centre, Scott Ford, says the venue and city have hosted many successful events in the past including the IIHF World Junior Hockey Championships, where in 2010 they became the only Canadian destination to receive the honour of hosting the event twice (hosted the first time in 1991). Also, when the 2012 Canadian Country Music Awards came to town, they set a record for ticket sales for the event. “Saskatoon has an incredible reputation for hosting successful major National and International Sporting Events and we are excited about the opportunity to host the Canadian Finals Rodeo.” Says Scott Ford Executive Director Sasktel Centre Saskatoon.

Seating at the Sasktel Centre is a potential 15,195 compared to 16,839 at Rexall Place. Rogers Place opens with 19,500 seats for a hockey game in the fall of 2016. No further details on prize money, timing and the agreement have been released at this time.

MORE from the Edmonton Sun

MORE from the Edmonton Journal