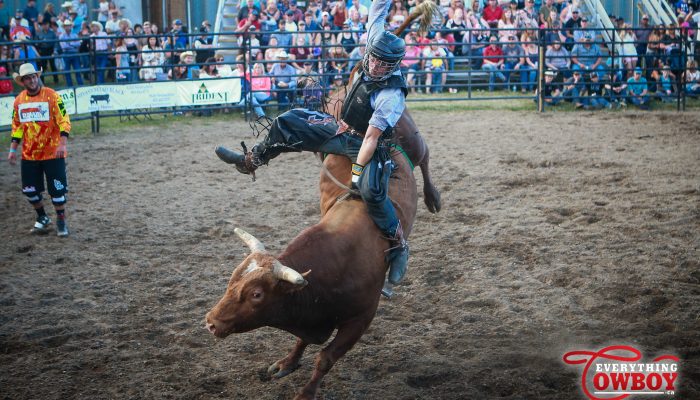 BROOKS, Alberta — With the PBR Canada season set to be one of the busiest on record in 2019, 30 of the best bull riders in the nation will be heading to Brooks April 27 for the first of what the community hopes to become an annual event at the Silver Sage Arena.

Event producer and stock contractor Slim Wilson says that everything is in order and all that is left to do is buy your tickets and buck some bulls come the end of the month.

“It will be action packed. Its bull riding, you never know what you are going to see,” said Wilson. “Either a 90 point ride or maybe a wreck. It’s tough for me to sell bull riding to someone, cause for me it’s just obvious.”

While Wilson admits he would love to provide the 40-45 bulls required to put on one of these events, he is bringing in the best of the best from Canada’s bull riding contractors.

“We are going to have Wild Hoggs Bucking Bulls, Flying High Rodeo Company, Foley Bucking Bulls, Nansen Vold, Darrin Eno and myself,” Wilson told Everything Cowboy. “Guys like Nansen (Vold) and the Wild Hoggs will have a couple extras in the short round.”

But not to be out done, Wilson says he has a surprise from his string of buckers that is going straight into the championship round.

“I have a bull going there that will be his first appearance at a PBR, and I am putting him right into the short go. 55 Origin Malting and Brewing Companies ‘Legal Issues,’” Wilson said. “He is a four year old, that’s the way it works around here it seems where the best bull you’ve got isn’t registered. He was kind a stray that was born one July. I didn’t know what he was, but I kept him and he ended up being a good one.”

One aspect of the event that is unique was the marketing idea of highlighting a local rider of the past. On the poster is Chris Self, a Rainier, Alberta bull rider who was killed in competition in Medicine Hat in 2000. A framed copy of the poster will be auctioned off at the event, and while its not a memorial event itself Wilson says it’s a great way to connect to the community and remember old friends.

“The picture on our poster is Chris Self. I traveled with Chris, I didn’t go to too many rodeos each year, but at least half of them I went to with Chris,” Wilson said. “I asked if we could make the first poster about Chris. He was my friend, and that was his home arena. A lot of his family are still in the area and use this facility.”

A portion of the proceed from the event will be going to Brooks Minor Hockey. There will be a beer garden and entertainment by Chet Defreese and Little Bow after the event. The Brooks Black Gold PBR Bull-A-Rama will be held April 27 at the Silver Sage Arena in Brooks Alberta with the kick off taking place at 7 pm.