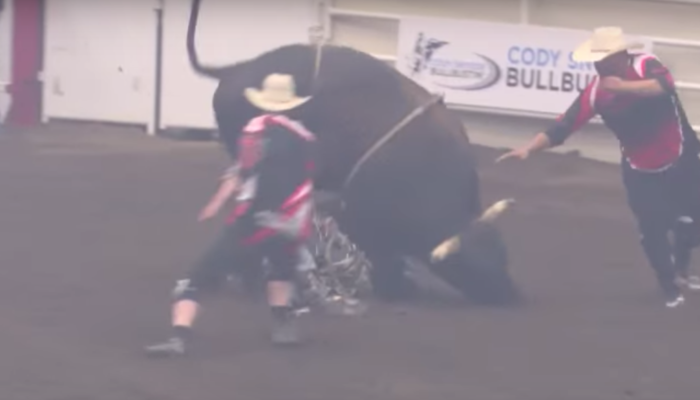 CALGARY, Alberta — Knock out’s are scary. Not as much for the guy that’s knocked out since they don’t know what happened until afterwards usually. But watching them is terrifying.

This wreck with Garrett Green at the Global Petroleum Show PBR in June this year looked horrendous and was rough on Green.

There is still a lot we don’t know about head injuries in our sport and it’s something I would personally like to see change. I think our Canadian Pro Rodeo Sports Medicine Team should have the say and be able to take contestants out of competition if deemed unworthy to compete due to a previous head injury. That’s something I am working on further in 2017.

Back to Calgary, this wreck happened to Brett Monea saving Ty Pozzobon after he was gathering up his chickens the same night Green was knocked out. Monea broke his leg but made it back at the end of August for Armstrong, another PBR Canada Finals in October and the CFR in November.

Monea is a testament to hard work paying off for a guy getting back into the arena. I don’t know anyone that does as much physically to improve himself as Brett does.

These pair of wrecks from one night in Cowtown are number four on the list for 2016.