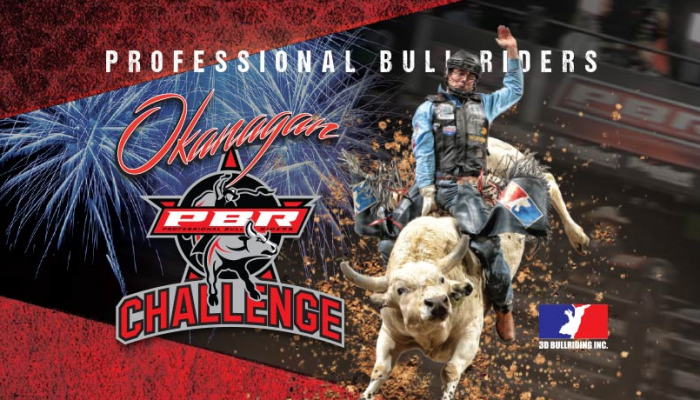 The Okanagan PBR Challenge presented by Noralta Lodge starts at 7:30pm on August 2nd and is the only British Columbia stop on the 2017 PBR Canada Touring Pro Division schedule.

“I’ve been talking with Prospera Place for a number of years on hosting an event of this calibre,” said Jason Davidson of 3D Bull Riding Inc. “I was pleased to meet with my friend Lance Torgerson, who is the founder of presenting sponsor Noralta Lodge, from there the plans were put in motion.”

The 2017 3D Bull Riding Tour makes stops in Alberta centres of Lethbridge, Magrath and Wanham and in Lashburn, North Battleford and Manor, Saskatchewan.

The PBR Canada Touring Pro (CTP) is the developmental tour of PBR Canada, where established veterans and newcomers to the professional ranks compete against some of the most famous bucking bulls. The CTP gives riders the opportunity to compete in PBR Canada-sanctioned events while earning money to qualify for the Monster Energy Tour and prestigious Canadian National Finals.