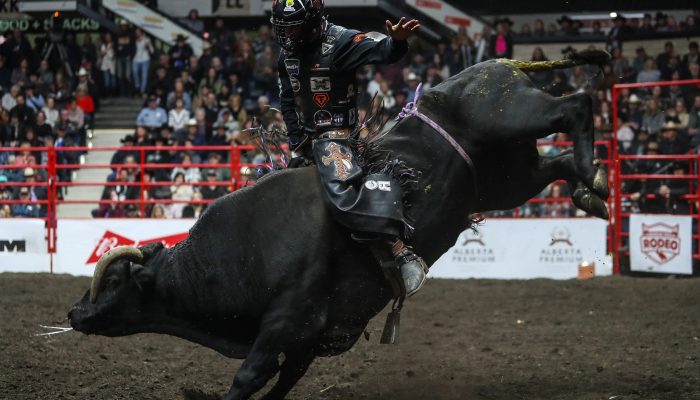 Robbins Ready for Debut in Fort Worth

EDMONTON, Alberta – The big Texas run is about to kick off in Fort Worth and it is very exciting to witness even more Canadians across the line for the 2023 season. Friday night of the Fort Worth Stock Show and Rodeo consists of nine Canadian contestants, one of them even making their Fort Worth debut. Coy Robbins had an incredible 2022 season in Canada and he is now ready to continue that momentum down south,

“This will be my first time competing at the Fort Worth Stock Show & Rodeo and I am really looking forward to it. Fort Worth is a prestigious rodeo, so to be able to compete here is an exciting deal for sure,” Robbins stated about competing at this rodeo for the first time.

Robbins finished the 2022 Canadian Finals Rodeo with the aggregate championship title and then went on to win the Maple Leaf Circuit Finals a few weeks later. He even finished second in the aggregate standings at the 2022 PBR Canada Finals. With such a successful year behind him, would that make a difference in his confidence levels as he goes against some of the toughest guys in the world?

“My 2022 season was one for the books for sure, it ended on a high note,” Robbins said. “But the 2022 season is now in the past. I’ve proven to myself what I can do and I plan on implementing that into the 2023 season. Continue having a ton of fun doing what I love and making a name for myself stateside”.

Robbins has been known to work very hard towards his goals, both physically and mentally. He is always humble and reserved with his responses about season predictions but he did make mention to a big goal he is working towards while he competes at the PRCA level.

“With anything in life a person needs to set goals and be disciplined towards them,” Robbins said. “So for the 2023 season I definitely have some goals set and being down south making a run for the NFR is definitely one of them. As well as some other goals regarding the Canadian rodeo’s. I’m really excited for what 2023 has in store”.

Robbins makes his big debut during the first two rounds of the Fort Worth Stock Show & Rodeo, beginning tonight at 7:30pm. Competing alongside him are fellow Canadians and past Wrangler NFR qualifiers, Jared Parsonage and Jordan Hansen.

On the timed-event end, Ryan Shuckburgh will be up in the steer wrestling and Ponoka’s 2016 World Champion in Levi Simpson, will be in the team roping. It appears that Canadians are ready to dominate Texas.