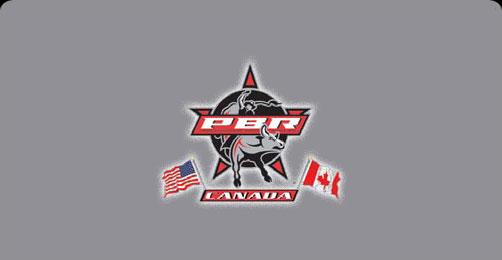 “It’s not very often you get on four bulls in one night,” laughed Hanrahan, “especially in such rocket succession. It was tough, but when your adrenaline is running, its running and you just get back on.”

Finishing second overall was Ty Pozzobon of Merritt, BC, who stayed on Cherry Bomb (Mark Reed) for 82 points in Round 1 and rode Misfit (J Bar W Ranch) in the Championship Round for a score of 86.5. Third in the average went to twelve-time World Finals qualifier Ross Coleman of Molalla, OR, who rode Legacy (Mark Reed) for 83 points in Round 1, followed by an 82.5 point ride on Denis The Menace (J Bar W Ranch).

Injury Report
No injuries to report.

With this extra $5,000 won by Ty Pozzobon my bet is we will be seeing him on the PBR Built Ford Tough Series Tour in a very short about of time. I’m not sure when the next cut is or how exactly it works, but with the amount of money he has won he very easily could be on tour as early as next weekend. What PBR Canadian Cup Series Events do you plan to attend this year?

Oklahoma City, OK: This weekend in Oklahoma City Aaron Roy rode 4 of 5 to take home over $13,000. The highlight being his 3rd Round (Short Go)win with a 90.25 point effort on the 4C’s Bull Carrillo Cartel. Fellow Canadain Jason Finkbeiner rode 1 of 3 in his BFTS debut, his qualified ride coming Saturday on the Donaho / Newsom / Murff / Pillars Bull by the name of Murf. Aaron Gibb went 0 for 3.

This Saturday Aaron Roy will make his way to the Dickies Iron Cowboy Invitational in Arlingtion, TX to battle it out for his chance to win up to $150,000. $50,000 goes to the winner and the winner then has the chance to take on a World Champion Bucking Bull Contender Super Duty for an additional $100,000. Roy Will face off against this weekend’s winner Paulo Lima in the first round. He will face the bull Spring Time. The Iron Cowboy name sure lives up to it. For one of the contestants seeded from 9th to 24th it could take them 6 bulls in the one night to win the $150,000.

What are your thoughts on the Iron Cowboy Invitational? Personally, I think it would be a very exciting event to watch.

On another note, the PBR World Cup is supposed to come to Canada this year too. What town do you think it should be in? I am really interested in this topic and would really like to hear your thoughts on this topic.