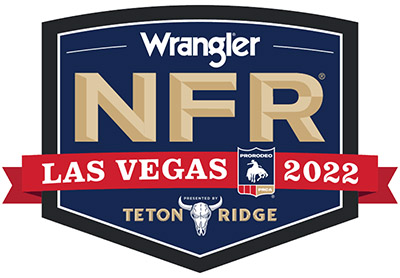 Two time world champion Hunter Cure led the bulldoggers on night two at the Thomas and Mack. The Holliday, Texas cowboy—who qualified for the 2019 Canadian Finals Rodeo—was a rapid 3.7 to earn his first 2022 NFR cheque. Cure is second overall in the World standings $35,000 back of leader, Stetson Jorgensen.

For the second night in a row, three of the six Canadians in the bronc riding at the Wrangler National Finals Rodeo pocketed sizeable pay cheques. In an all-Canadian matchup, Logan Hay met up with the Calgary Stampede’s Zoaria Hills for 85.5 points to be part of a three-way tie (2-4) with fellow countryman and two-time world title-holder Zeke Thurston, each of them earning $17,410. Thurston, fresh from his third Canadian title now sits fifth in the world standings, $102,000 back of Montana’s Sage Newman. And while that deficit sounds insurmountable, a slip or two by Newman and Thurston, the Big Valley, Alta. talent, could move into contention for a third world crown. Newman managed an 84-point effort in go-round number two and a split of sixth that included the third Canadian money-winner on this night, Kolby Wanchuk. Both men registered 82 points to collect $1555.

Among the other go-round winners was three-time world champion Hayley Kinsel with the barrel racing win courtesy of her 13.61 second time on her stand-out partner—Sister, and team ropers Clay Smith and Jake Long were 4.1 for top honours in their event.

Caleb Smidt continued his mastery of the Thomas and Mack Arena with a second straight go-round win, this one by virtue of a blistering 7.2 second run. The three-time World Champion has closed to within $20,000 of Shad Mayfield, the leader coming in.

And only two men made the whistle in the bull riding that featured the semi-eliminators (aka rank bulls). Season leader Stetson Wright racked up an 88-point mark and Ky Hamilton chalked up a 77.5 for second. The two padded their bank accounts by $49,666 and $42,604 respectively. Canadian Champion, Jared Parsonage, was among the thirteen men who were unsuccessful in performance two.

The Canadian Professional Rodeo Association(CPRA) with headquarters in Airdrie, Alberta is the official sanctioning body for Professional Rodeo in Canada. The CPRA approves 55 events annually with a total payout exceeding $5.7 million. The organization oversees the SMS Equipment Pro Tour Finals each fall in Armstrong, BC, holds their premiere event – the Canadian Finals Rodeo (CFR) – at Westerner Park in Red Deer, AB in early November and endorses the Maple Leaf Circuit Finals as part of Canadian Western Agribition in Regina, SK. Follow the CPRA on Twitter @prorodeocanada and Instagram @prorodeocanadaofficial, ‘Like’ Canadian Professional Rodeo Association on Facebook or online at RodeoCanada.com.