The fourth and final performance of the FCA Cowboy Classic Finals wrapped up this afternoon here in the Stockman’s Pavilion of Westerner Park. The crowd may have been a bit under the weather from last night’s festivities at Billy Bob’s in the Sheraton Hotel Red Deer, however it still made for a great Championship Sunday of rodeo.

Over $96,000 in checks are being printed out right now to pay out to the contestants. $4,000 is the maximum someone in a open event could win over the weekend on paper however like today in the bull riding, or yesterday in the team roping, some will sneak out with a bunch more from the $2,500 go round checks including all the ground money.

Tonight the winners will receive their brand new Montana Silversmiths Trophy Buckles and their trophy saddles, some for the first time, some for second, third time or even more.

These are those cowboys and cowgirls that have earned those awards!

Today’s round winner Cole Jamison with his 76 point effort on the Richards’ Horse Sunday Stepper.

Today’s round winner James Gunsch with his 7.9 second run.

Today’s round winner Rudy Neiborg with his 3.7 second run which was the fastest of all the weekend.

Today’s round winner Bobbie Goodwin with her 13.468 second run for the big check.

Today’s round winner Kennedy Smith with her 13.627 second run

Today’s round winners Grady & Jeff Quam with a 5.8 second run.

All Around Champion: Brendan Laye

Look for interviews with FCA President Dave Clark & All Around Champion Brendan Laye later on this evening or first thing tomorrow.

From the FCA Finals, thanks to everyone for making it such a great event. It’s quite the rodeo run by no one else but Don Johansen and his crew along with everyone with the FCA. Chris Koening and I were just talking here in the office as well and he figured this very finals may be the oldest running finals rodeo in all of Canada. Starting in 1955, it’s likely to be just that.

If you’ve got an opinion or know of a finals rodeo in Canada that’s been running longer, let me know because I’d sure be interested to hear it.

Once again, the FCA would like to thank their generous sponsors for making their association as great as it is. 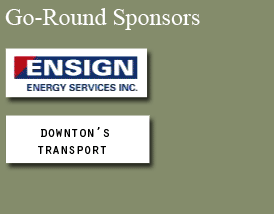 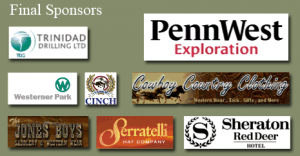 Thank you as well to the FCA as well for having me. I appreciate you bringing me into being a part of such a great event for the first time since being a contestant. I hope to be a part of it for many years to come.

Congratulations again to all of this year’s champions!