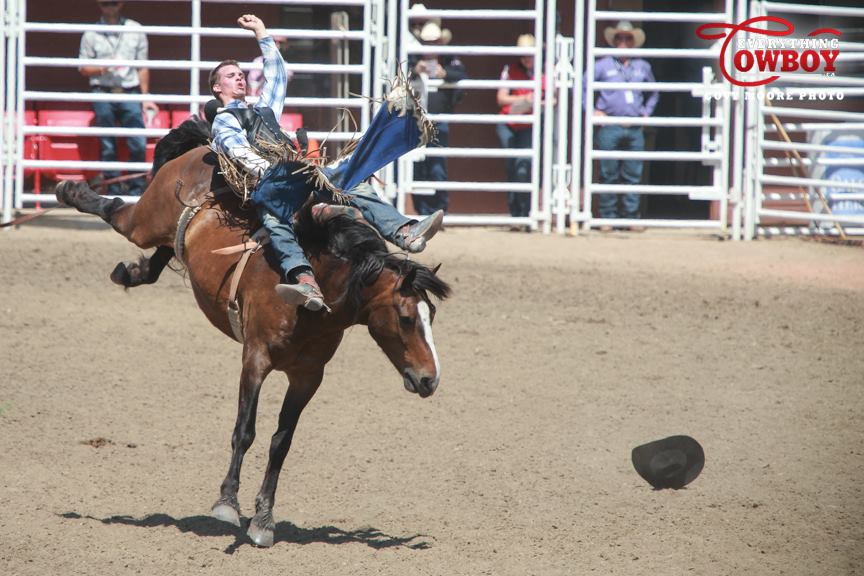 It was a heck of a week for Canadians spending their winter’s down south, with tens of thousands of dollars earned by canuck competitors, but none as impressive as Jake Watson and Orin Larsen.

When Everything Cowboy spoke to Watson earlier in the week, the 22-year-old admitted that his five performance earnings, where he never missed a pay slot, was the most he had ever earned in rodeo.

An 87.5 score on the back of Kesler’s Breakaway in the finals bested the rest of the saddle bronc competitors to take home the win in only his second year pro. 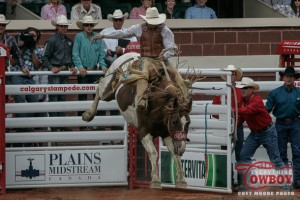 “It’s pretty overwhelming. I am pretty relaxed about it I guess. It is a pretty big honour, that is one of the best rodeos in the world,” Watson told Everything Cowboy after his win.

That brings the  Hudsons Hope BC native to a total of $25, 168, the second most earned to Bullrider Sage Kimzey’s $26,000 and change. No matter the winnings, the young cowboy is excited to see his stock rise south of the border, but is looking forward to the CPRA season getting kicked off.

“As soon as the Canadian rodeos start up again, I plan on rodeoing up there for the rest of the year, but until then I am going to try to go to as many good rodeos down here and make some bronc rides,” he said.

As for the Canadian – American dollar conversion he will be making, Watson says “it’s definitely good, I am not much of a math guy, I don’t know what it will convert to.”

“I was fortunate to draw the right horses at the right times,” said Larsen, who had a tough first night in the qualifying round but bounced back to make the semi-final cut.

“I have seen him (Walleye Rocket) a couple times, I was pretty excited to have him. He was really nice horse, pretty electric. He really helps out a guy. Just lucky it all worked out.” 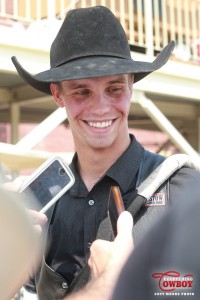 Orin Larsen speaks to the media during the 2015 Calgary Stampede.

The Inglis Manitoba native, who made his Calgary Stampede debut last season, admitted that winning one of rodeo’s biggest tickets on the back of a Canadian horse means a lot.

“To win a rodeo like San Antonio, it really helps with the confidence, and to keep things rolling through the winter. It was really igniting,” he said.

“It’s pretty special, especially when that is the only Calgary horse in the draw. I was tickled to have him. It was really special to represent your country and be successful. It’s a proud Canadian moment.”

As for Watson’s surge towards the top of the standings, Larsen says he is impressed by his countrymen’s performance this season.

“I was excited for Jake. He has been pretty hot lately, riding really good. I am dang sure happy for him.”