OLDS, Alberta — A full house was on hand to kick off last night’s first performance of Oldstoberfest in what can only be called a smashing success.

Dallas Smith kept the crowd rocking until the town’s curfew and the bier hall rocked into the night.

South of the border, a pair of bubble cowboy brother earned some very important checks in the first round of the Pendleton Round Up.

Brother Tyrel finished in a tie for second in the first round of the saddle bronc thanks to a score of 83 points. Tyrel is 16th in the PRCA’s World Standings currently and a win today to add to his already $2,427 in earnings would make a big difference. Next week is the end of the season.

Luke Creasy and Clay Elliot also placed in the first round on the grass earning checks worth $405 and $762 respectively. Both compete in this afternoon’s finals alongside bull rider Jared Parsonage who picked up $636 for a split of sixth in the first round.

You can watch today’s finals from the Pendleton Round Up live on the Wrangler Network at www.WranglerNetwork.com or by clicking the link below. 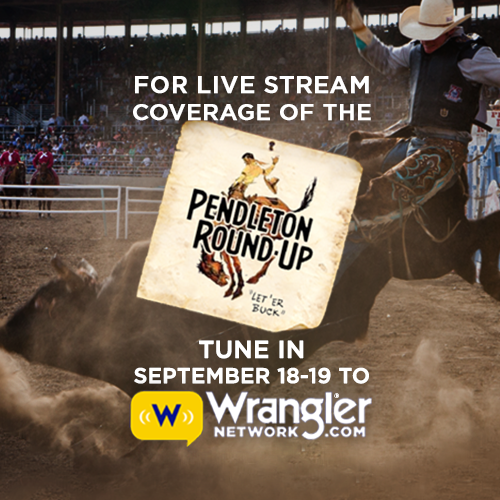 Luke Creasy picked up a check for $507 already this week from Pasadena, TX and sits in the money in both Abeline, TX and Albuquerque, NM currently. Orin Larsen is placing in St. George, UT while Cole Neely might get a check out of Williston, ND.

Also catching checks in Pendleton so far and potentially competing in today’s finals are Levi Simpson and Jeremy Buhler for $1,936 in the first round; Scott Guenthner, $1,225 from the first round in the bulldogging and Kyle Lucas who took $1,904 for a split of fourth in the first round of the tie down.