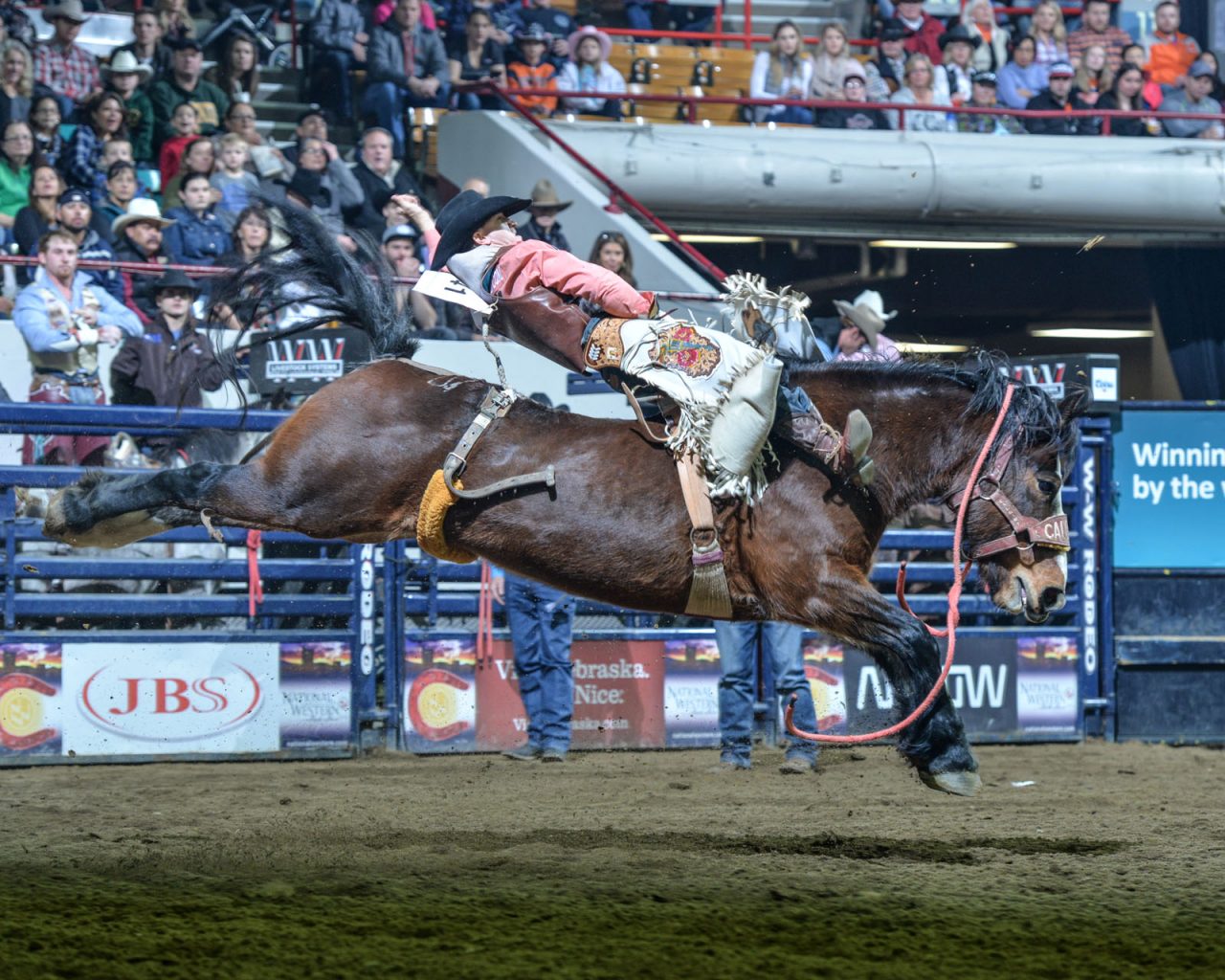 Sunday the horse put up another 90 point score but this time it was with a different rider on her back and a few states over. Jake Brown got his chance on Sunday in Denver at the National Western Stock Show and Rodeo.

The Texas-Alberta connection teamed up for 90 points, the round two lead and overall aggregate lead. 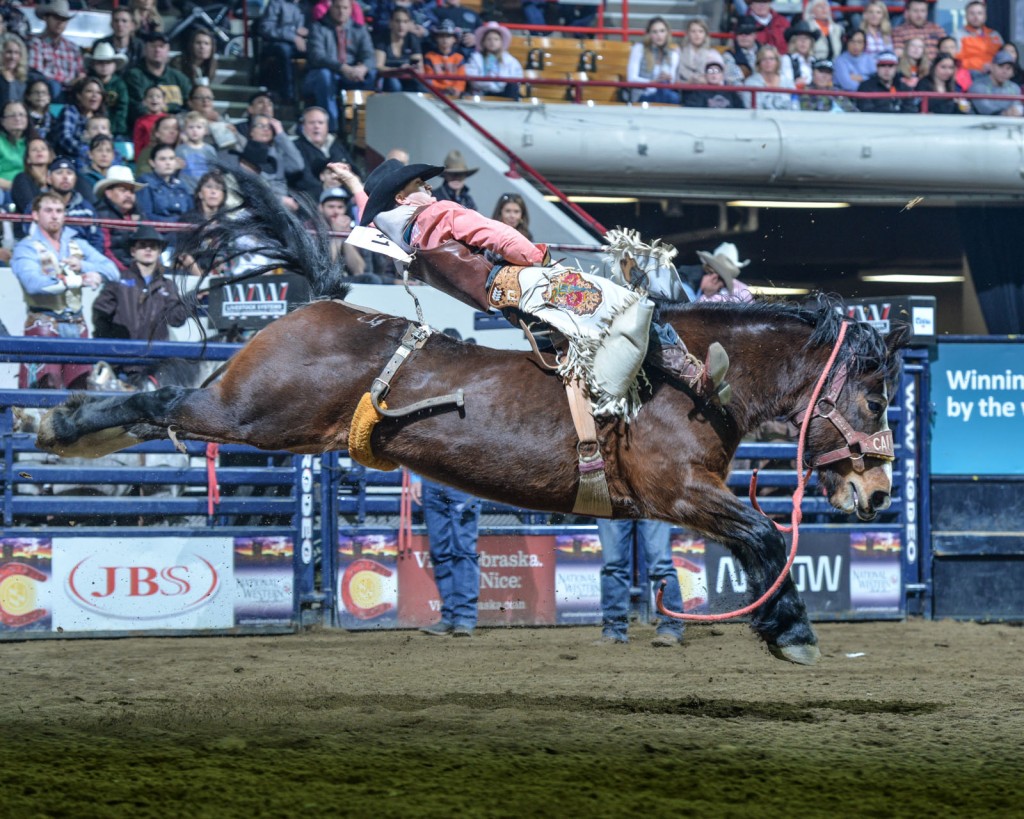 On the Canadian-front, Clay Elliott sits fourth in the first round, third in the second round and second in the aggregate with 158 points on two head. Elliott also took part in today’s festivities in Steamboat at the Cowboy Downhill. Entries for our Canadian Cowboy Ski Race are set to open this week!

The Sandhills Stock Show and Rodeo in Odessa, TX wrapped up on Saturday and a trio of Canadian bronc riders were in the dough. NFR qualifiers Tyrel Larsen and Zeke Thurston took second and split fourth respectively. Larsen adds $3,208 to his 2016 NFR account while Thurston got $1,255. British Columbia cowboy Jake Watson earned $2,371 for third.

On Sunday the Montana Circuit Finals concluded with Chad Johnson of Del Bonita, AB qualifying for the RAM National Circuit Finals Rodeo thanks to a win. Johnson placed in all three rounds to earn $8,145. Cole Neely was one spot out of heading to the big show in third place but still came home with $5,494 USD. Matt Mousseau earned $2,527 for two round checks in the steer wrestling while bronc rider Dustin Sippola picked up a check for $1,685 for second in a round.

Luke Creasy earned $3,678 from the Texas Circuit Finals from placing in two rounds to finish in a split of second in the aggregate.