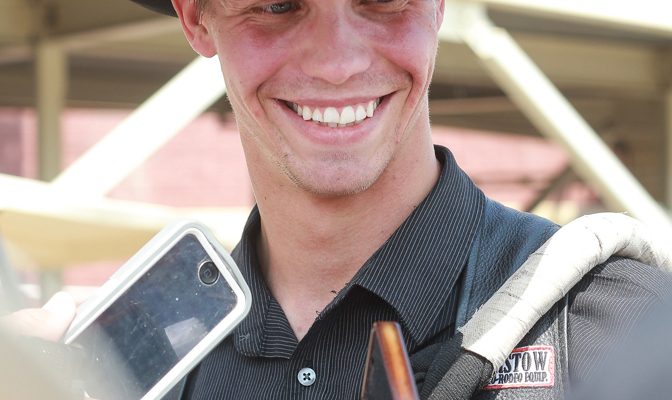 As of this morning, nine Canadians rank inside the top 15 in the PRCA World Standings.

Back inside the top 15, Kolton Schmidt is sixth of all headers having earned $84,254 on the year. Schmidt brought in $8,870 between a win in Kennewick and a pair of fourth place finishes at the Kennewick Wrangler Champions Challenge event and in Bremerton, WA.

Jeremy Buhler made a move up to eighth of all heelers with a $5,520 week. Buhler partnered up with Dustin Bird for $3,016 at the Kennewick Champions Challenge and added the other $2,504 with partner Levi Simpson. Simpson is 10th in the header side of things, $7,000 ahead of 15th, Buhler is a little more than that ahead of 15th on his end.


Bulldogger Clayton Moore had the fourth biggest final weekend of August earning $6,943 between a win in Bremerton and fourth in San Juan. He’s 11th of all steer wrestlers just over $1,500 ahead of the man in 15th. Two-time Canadian Champion Tanner Milan is 23rd about $13,000 behind 15th.

In the bronc riding, Zeke Thurston passed the $90,000 mark on the year thanks to a $6,217 weekend including cheques from San Juan, Kennewick and a win on Calgary Stampede’s Umber Bubbles in Bremerton. He’s fourth in the world as of today. Clay Elliott is eighth, Jake Watson is ninth. Elliott has $69,657 on the season after a $3,677 week in San Juan and Kennewick. Watson has $67,686 after a win in Okotoks a pair of checks in Kennewick and fourth in Bremerton for a $4,822 week.

Stay tuned as another huge week is on the horizon between Ellensburg and Walla Walla, WA and Armstrong, BC. In 2015, six Canadians qualified for the Wrangler National Finals Rodeo.