RENO, Nevada — Even though Clay Elliot may not have won the Reno Rodeo spurs, he still added $6,515 towards making his first Wrangler NFR.

Elliot came into the Reno Finals with a 12 point advantage over the second best contestant but was bucked off in the finals dropping him down to finish eighth in the aggregate.

Despite the ill-timed buck off, the Nanton, Alberta Cowboy still moved up to 12th in the PRCA’s World Standings with $33,425 won on the season. Now he makes his way back home for Airdrie, Ponoka and Williams Lake where there is a ton of money on the line.

Fellow bronc rider Zeke Thurston picked up another $1,926 for placing in a round in Reno. Thurston sits 14th in the PRCA with $27,003 as of Sunday just after noon. Layton Green and Tyrel Larsen are 18th and 20th.

2013 Canadian Champion Steer Wrestler Clayton Moore was the top Canadian winner in Reno. Moore went into the finals only a tenth back of first place and finished third overall. For his efforts he added $7,470 for placing in a round, the finals and the aggregate. As the standings were updated he’s in 16th with $22,171 on the year. 2012 and 2014 Canadian Champion Tanner Milan had a solid Reno too picking up $5,575 which moved him to 15th in the world at $2,4293 on the year going into Cowboy Christmas.

Team Ropers Levi Simpson and Jeremy Buhler added $1,265 to their Wrangler NFR accounts in Reno from a round. Simpson is 18th on the header side of things right now only about $1,000 out of the top 15 while Buhler is in the 15th spot for heelers.

Ty Pozzobon earned $3,770 in Reno from his 82 point bull ride in the long go. Only one man rode two bulls in Northwest Nevada on Saturday night.

Remember you can watch back the whole rodeo courtesy of the Wrangler Network if you’d like.

For all you fans of the Ponoka Stampede, it’s being livestreamed all week and featured on the Wrangler Network Tuesday and Wednesday. Check it all out at www.WranglerNetwork.com 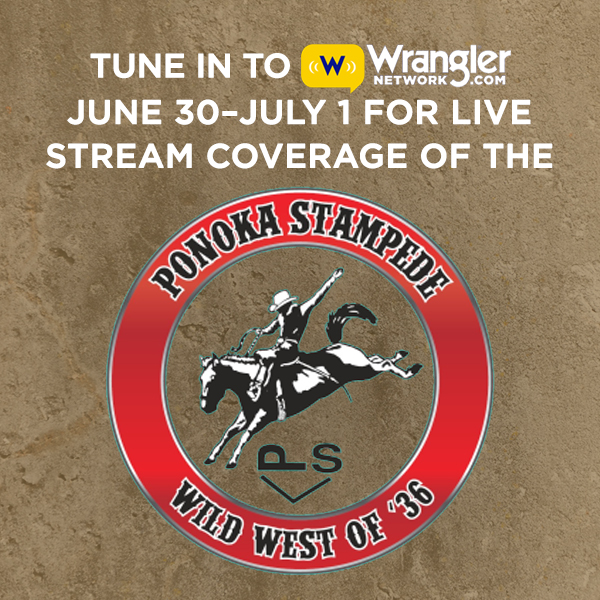 Luke Creasy is sixth in the world but his earnings from Wainwright have yet to be added by the CPRA. With those he was all the way up to second. Either way he’s got over $45,000 on the year already. Clint Laye is leading the long go in Ponoka and could score huge there. He goes into this weekend 12th with $33,631. Last year’s Wrangler NFR qualifier and Canadian Champion Jake Vold might be 34th so far but he’s leading both Williams Lake and Airdrie as we speak. He’s also third in the long go in Ponoka, his hometown rodeo which he’s won before.