Creasy, Lamb 1 and 2 at National Western

“It’s great to start the winter run healthy.” Said Creasy. “I’m excited for everything coming up and glad to draw a good one here in Denver. There’s nothing like riding an Alberta grown horse at a show like Denver.”

Some bad luck and broken bones have kept the Brownfield, AB cowboy from his first NFR in the past few years. Holding steady for the rest of the year would get him there.

Creasy and Lamb compete on their second horses Friday afternoon with their hopes of making the finals on the 26th of January. 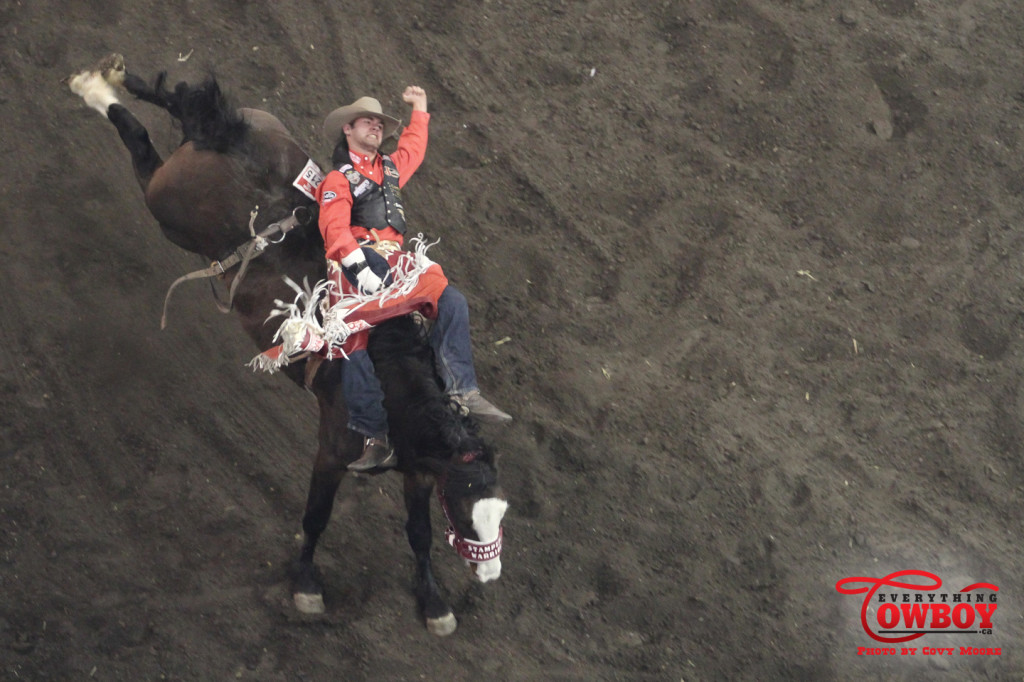 Another Calgary Stampede horse took their cowboy to the top of the leaderboard on night one, it was Jake Wright who scored 83 on Redon Acres to beat his older brother Cody by six points.