NEW YORK — On a weekend where Tanner Byrne rode four of his five bulls at Madison Square Garden, he only left the event with $1,400 ($1,900 minus a $500 review) and 15 points towards the PBR’s World Standings.

Scores of 79.25, 80.25, and two 87.25’s only netted him 15 points for finishing eighth in the aggregate. Both Byrne’s high scores basically came at the worst time they could as he was one spot out of earning points both times he made the best rides. Still though, he was eighth in the aggregate, it’s not often a guy rides that many bulls and is that far down the list.

It may seem like Byrne got shafted based on this new points system but this is how it was set up to make things more simple across the board. I do have to admit I never did put the time into understanding the previous point system. I don’t think it’s good for a sport to have a scoring system that requires a calculator. 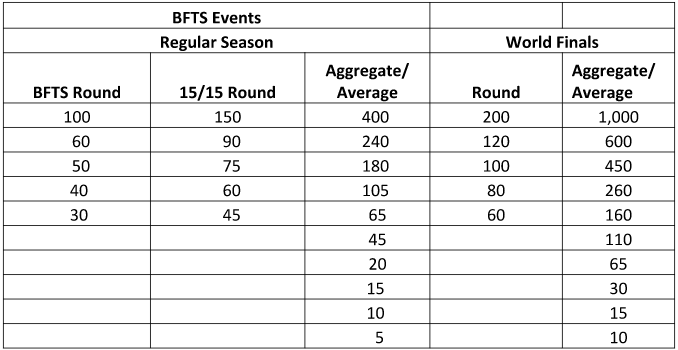 One could argue that points should be rewarded to more spots in each round, but who has ever paid seven places in anything in sports? Then the arguments could be made the same way the parents in our country try to do for their kids playing hockey.

I argued on Sunday after New York that things could be simplified by basing things on money won. For this to work worldwide however, currency conversion would need to be done each week and the payout structure would have to likely change, especially at the bigger events. At this point, I do think the PBR has the best payout system than any other association for the fact that they have the order right. First off, the most money is paid on riding the most bulls, second to that it’s paid on the highest scores. It’s not often a rider anywhere in the PBR gets paid well from a 60 point score or anything under 80 for that matter unless they ride multiple bulls.

At this point, Byrne is 45th in the World Standings with 55 points so far on the year. With five events left guaranteed on tour, with the way he’s riding, I expect him to be in the top ten by then. Sure it may not have went his way so far or in New York but later in the year he’s going to be on the other side of the coin. Right now, he’s only out of the top 35 by 12.5 points.

Zane Lambert on the other hand has yet to get any points this year. He’s rode a couple bulls but hasn’t got into the points yet. He’s got five events left though still and winning one round would rocket him right into the top 35. Not taking anything away from the Ponoka man, Lambert wins more than anyone at the Touring Pro level, this new system is really going to play into his hand this summer.

As you can see by the chart below, even Aaron Roy’s win at last fall’s PBR Canada Finals has him sitting pretty right now. Roy is 28th in the world with 80 points, he has only been on three bulls and rode two but he won a big event. This new system is really putting an emphasis on winning, and certainly at the right times and places.

The PBR’s point system for all events other than the Built Ford Tough Series and World Finals.

Byrne’s timing was a bit off unfortunately in New York but his riding and consistency is only getting better and better. There may be some tweaking of this system as it’s perfected but I do think it’s a step in the right direction for simplicity for the fans and further promotion of the sport.

Re-ride wise, this system isn’t going to help as much as it could in my opinion. As long as staying on more bulls pays more than winning rounds, change will be minimal as we saw in New York.

Fundamentally though, the payouts for winning rounds are less than what the aggregate pays. That’s how it’s always been. In my opinion, with a couple potential changes to bigger paying events, the standings are already pretty close with money won and even more simple than any point system.

At this point though, this new system is the best option and I think it is for sure a step in the right direction. We will see how it looks after the first cut in two weeks and I may revisit the topic again then.