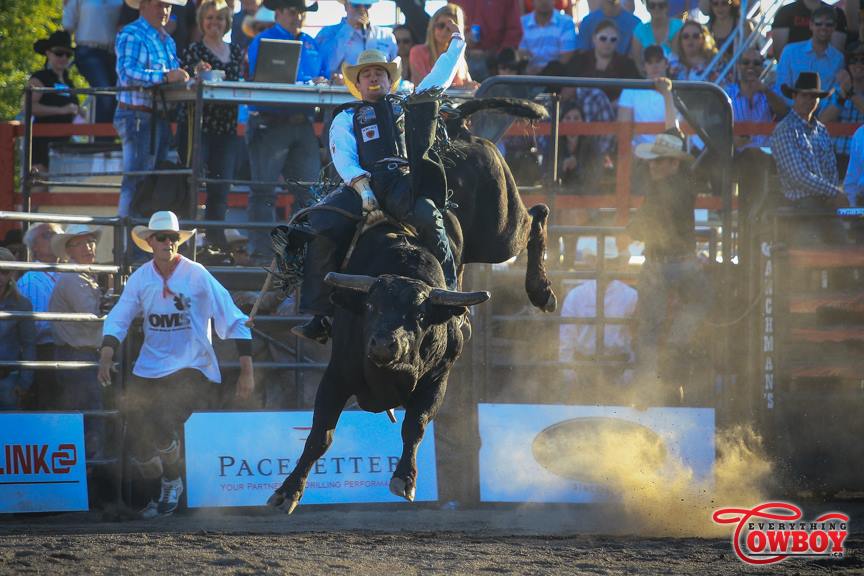 These signings follow the inaugural PBR Team Series Draft, presented by ZipRecruiter, held Monday, May 23 in Arlington, Texas, when the new bull riding league’s eight founding teams participated in a five-round draft to begin building their rosters ahead of the beginning of the regular-season in July.

Triplett has been a force on the premier series since making his PBR debut in 2011, thrice finishing inside the world’s Top 10 at season’s end, including a career-best result in 2014 where he finished No. 3 in the race for the PBR World Championship. Triplett is also no stranger to competing in the team format under Head Coach Justin McBride’s leadership. In both 2018 and 2020, he rode for Team USA Eagles at the prestigious PBR Global Cup.

Franklin-native Ortiz established himself as a rider to watch during the PBR Scouting Combine held earlier this winter. A mixed martial arts fighter turned bull rider, Ortiz holds the record for the fastest knockout, 15 seconds, in UFC flyweight history. In 29 professional MMA fights, Ortiz has a record of 20 wins and 9 losses. The 33-year-old is in the process of relocating to Texas to train with Stampede Head Coach McBride and his Brazilian teammates.

While Salgado may have been sidelined for the entire 2022 season as he recovered from reconstructive shoulder surgery, he had the bull riding world abuzz during his rookie campaign in 2021. In February, Salgado made his premier series debut in Fort Worth, and at 18 years old became the second youngest Brazilian ever to ride on the elite Unleash The Beast. Following his debut, Salgado delivered four Top-15 finishes before qualifying for his first PBR World Finals that November.

Arizona young gun Mortensen was electric in his PBR debut, winning the Prescott Valley, Arizona, Touring Pro Division event in April 2022 via a perfect 2-for-2 performance. From a family with a rich history in Western sports, his father Judd and uncle Brock both qualified for the PBR World Finals, and his older brother J.C. was drafted by the Texas Rattlers.

Two-time California Circuit Finals Champion Williams joins the Nashville Stampede after multiple successful seasons competing within the PRCA. Also an accomplished rodeo athlete at the collegiate level, Williams, who competed for Cal Poly, is a three-time qualifier (2015-2017) to the National College Finals Rodeo.

The Nashville Stampede will host its inaugural homestand on Aug. 19-21 at Bridgestone Arena.

Tickets for the three-day event are on-sale now, and start at $20, taxes and fees not included. Tickets can be purchased online atTicketmaster.com and PBR.com, at the Bridgestone Arena Box Office, or by calling PBR customer service at 1-800-732-1727.

About the Nashville Stampede:

Nashville Stampede are based at Bridgestone Arena in Nashville, Tennessee, where the team will hold its inaugural Stampede Days homestand on August 19-21, 2022, the fourth event of the 10-event PBR Team Series regular season. The Stampede are coached by two-time PBR World Champion Justin McBride. Under the leadership of General Manager Tina Battock, the Stampede are owned by Morris Communications Company, LLC (MCC), which is part of a privately held company with diversified holdings in media, real estate, property development and agribusiness. MCC is based in Augusta, Georgia. MCC’s current media holdings include Morris Media Network (MMN) which reaches millions of consumers with diversified content brands in print, digital, products and live events including Western Horseman, Barrel Horse News, Quarter Horse News, Road to the Horse, EquiStat and the National Barrel Horse Association. A portfolio of lifestyle publications and digital assets serve outdoor/sporting/travel enthusiasts withAlaska Magazine, Milepost, Gray’s Sporting Journal, Charlotte Magazine, Orlando Magazine, Savannah Magazine, Where Visitor publications and more, including the Nashville Stampede, one of eight founding teams in the new PBR Team Series.