BELT, Montana — Next Saturday 20 miles from Great Falls some of the top bulls and bull riders in the world will face-off at the Dusty Gliko Bull Riding Challenge.

“It was time for a change, we had to step up the game,” said Jeff Marn, event announcer and part of the organizing team. “For a little town we put up big money this year.”

For a small town the crowd sure shows up to support the event.

“We usually have about 1,500 to 2,000 fans come to watch. It all depends on the weather though. We’ve got to thank our sponsors too, without them it wouldn’t happen. We’re looking forward to another great event,” concluded Marn.

On top of that biggest share of the $10,000 in prize money at the opportunity for another $1,000 on the bounty bull, the event winner will receive a buckle and leather gear bag. A Bronze Plaque is also awarded to the high point ride.

Tickets are $12 at the gate, $10 in advance downtown Great Falls at Hoglunds. Children ten and under are free. The mini bulls sponsored by Kings Motors kick things off at 3:30pm followed by the PBR which starts at 6:00pm. 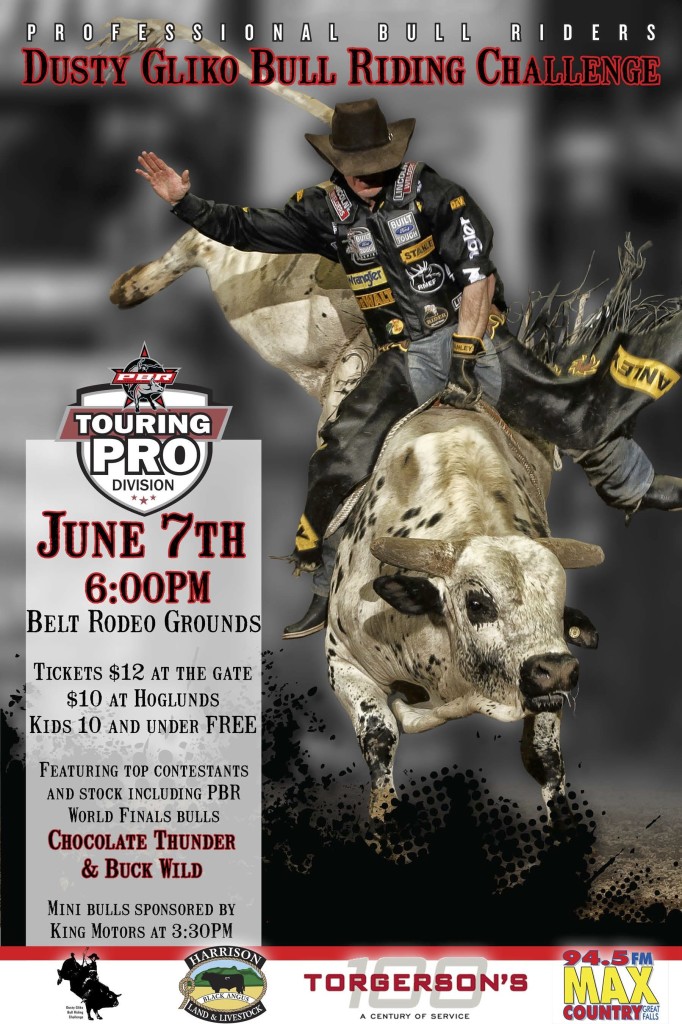