Las Vegas, NV: Unabomber was retired last night in the arena in a ceremony along with Chris Shivers and Chicken on a Chain. Tonight Darin Eno and Duane Kubinchak will be presented a plaque at the MGM Grand during the draft.

This morning, Darin and I were able to catch up with Unabomber in the background posing for the camera. Thanks to Tanner Eno for being the camera too.

Unabomber in the arena last night during the presentation. 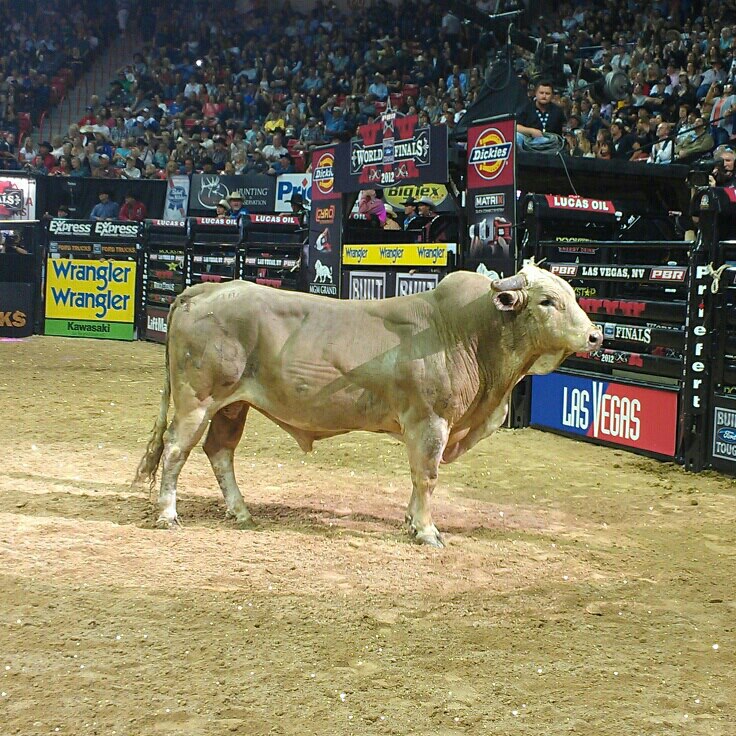 Tonight, Slash will go up against Lachlan Richardson. Ty, Aaron & Chad will all look to get their first scores on the board. Little Kombat will also have his second trip. This time up against Chase Outlaw.

Stay tuned for more from Round 4.