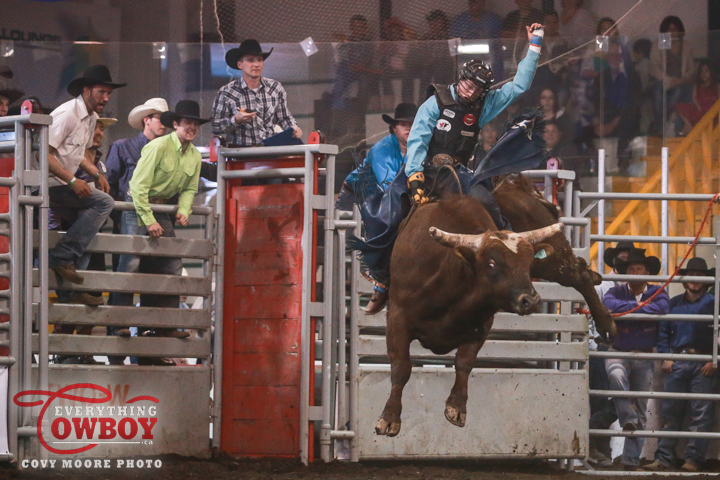 If Shay Marks had any concerns that his hot start to 2016 was a fluke, they were put to bed this weekend with a strong win against a tough pen at the Tofield PBR, April 16.

The young rider took on two Wild Hoggs’ bulls during the event, getting the better of Myth Boy in the long go round, but falling short against one of the best in the pen come the championship round, Checkered Flags.

“I got on him at Meadow Lake and was 87 on him. I think I might be the only guy to ride him,” Marks said.

“I had a good seat out of there today but then he just worked me into the well and let me down in there.”

Marks said he was really impressed with his long-go ride, saying he was “a hard one to get by, but I got him done.”

The win should put him firmly in second place behind Meeting Creek, Alberta cowboy Garrett Green.

Marks is competing on the same circuit as his brother Kale, and admitted that having a brother on tour is a benefit for any competitor.

“It helps, gives you a little more confidence when he is up there. Then there is that rivalry between brothers, who is going to be doing better,” Marks said, holding up his buckle acclaiming his lead in the competition. 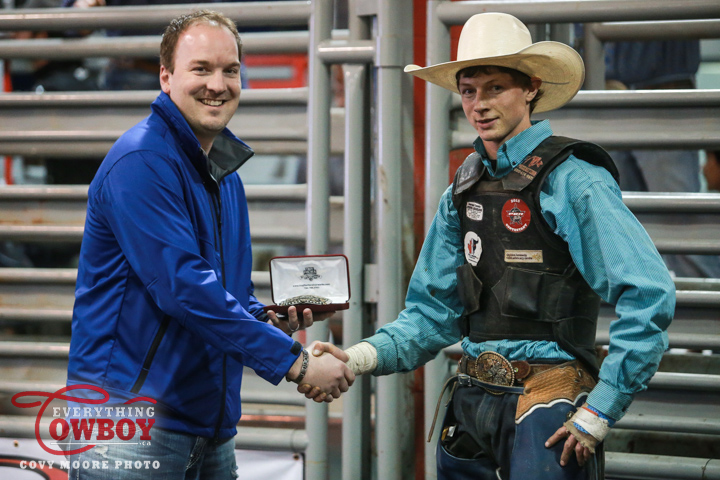 Marks will be attacking the CPRA/PRCA season this year as well as the PBR Canada standings, but said that Tofield is one of the most exciting events on the PBR schedule.

“I like these PBR’s a lot, I have been going to those pro rodeos as well. I just like getting them rode,” he said. “Tofield has always been a great event, they are so supportive to their bull riders.”