Troy rode the Armstrong bull Jessie Junction for an 86.5 an a share of the long go win.

Wilkinson edged current PBR Canada leader Zane Lambert by a half point. Lambert had the highest scored ride of the weekend with a 90 point score in the short go on Vold’s Big Valley Black.

Night one leader Beau Hill finished the event in third place with 170.5 points on two. Rounding out the top five were Josh Birks, with 86.5 points on one, who bucked off the infamous Vold Bull Slash who is to be retired at the end of 2013.

Birks rode Two Bit’s new bull by the name of Wasted for the tie of the long go win.

Montana’s Matt Triplett finished fifth with 86 points from night one.

Jared Farley got in a bit of a mess with Two Bit’s Bringing Sexy Back in the short go.

Troy Wilkinson had this to say after the event.

About Everything Cowboy Inc:

Dollars earned at Canadian events counts towards qualification to the elite PBR Canadian Cup National Finals. Upon the conclusion of the Finals, the bull rider with the most regular season and Finals points is crowned the PBR Canadian National Champion. Money won at all Canadian events counts toward qualifying on the prestigious PBR Built Ford Tough Series (BFTS). At the end of the BFTS season, the top-ranked PBR Canada rider will compete at the PBR World Finals in Las Vegas, NV. For more information on PBR Canada, go to www.pbrcanada.com, or follow on Facebook at www.facebook.com/pbr.canada and Twitter athttp://twitter.com/PBRCanada.

About the Professional Bull Riders, Inc. (PBR):
The world’s premier bull riding organization, the PBR celebrates 20 years of competition with the 2013 season. In just two decades, the dream of 20 bull riders has become a global sports phenomenon that is televised worldwide with more than 100 million viewers annually watching primetime PBR programming on networks around the world, and nearly 2 million fans attend live events each year. PBR has paid out over $120 million in earnings to its athletes, and 25 riders have earned over $1 million, including Justin McBride with $5.5 million – the most of any western sports athlete in history. For more information on the PBR, go to www.pbr.com, or follow on Facebook at www.facebook.com/PBR, Twitter at http://twitter.com/PBR, and YouTube at www.YouTube.com/PBR. 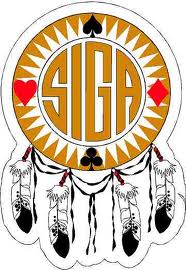