PARADISE VALLEY, Alberta — Yesterday’s PBR in Paradise Valley was won by none other than Bull Riding sensation Tanner Byrne. Byrne, of Prince Albert, Saskatchewan, was the only man to cover both mounts for a total score of 166 points on two.

In what was only his second event back since the PBR’s Last Cowboy Standing, the tall red-head earned over $2,700 for his efforts. Byrne scored an 84 in the Long Go on Bob Marley from Ellie Skori.

In the short go he clung to Ruckus Juice from the Eno Family for an 82 while the crowd went wild.

Cody Coverchuk was second on the evening after scoring 85.5 on Skori’s Minion Stuart, winning over $1,900. Coverchuk had a good couple days earning over $4,000 in two nights combined include Thursday in Hillmond.

Montana’s Dakota Louis took third with his 83 in the long go for $1,400 towards the PBR’s Canadian and World Standings.

The threats of rain didn’t keep fans away. There was a great turn out with packed stands, a full beer gardens, and loud spectators. The dark clouds that loomed above only seemed to add to the electricity in the air. Great music, lots of action, and cold beer… Paradise Valley had everything you would want in a PBR Bull Riding. 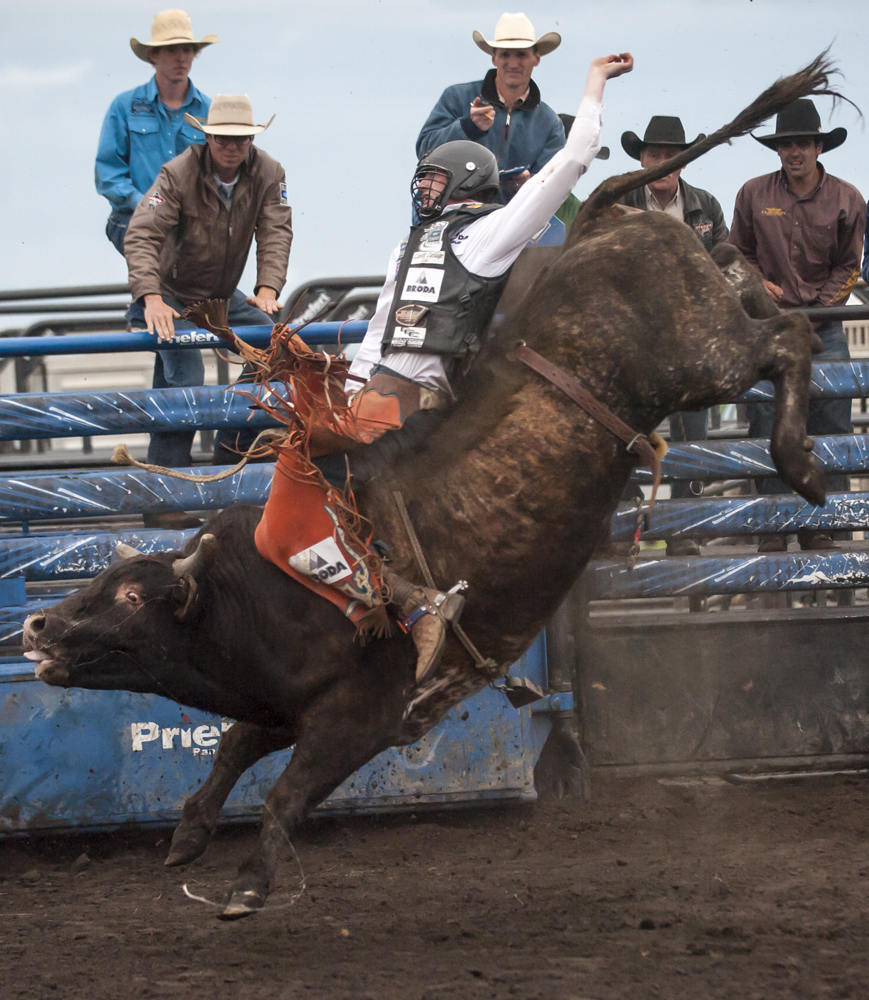 Paradise Valley PBR Champion Tanner Byrne rides Eno’s Ruckus Juice for an 82 in the Championship Round. Photo by Bryan Myers.