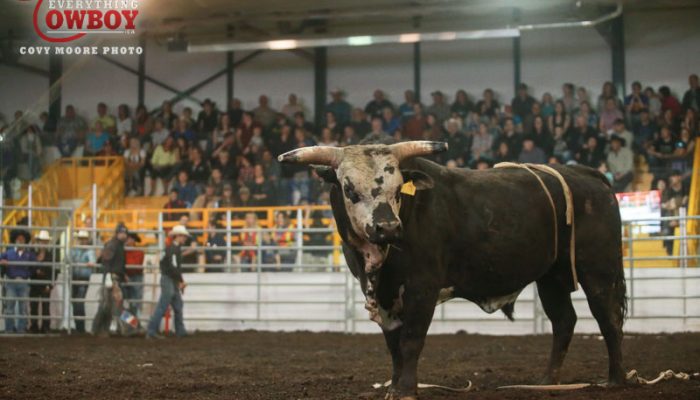 It’s been a minute since I’ve done any picks here and I had to see if I’ve still got it after seeing Covy and Dustin hit less than .500 in past weeks.

I’m sure looking forward to PBR Moose Jaw and have been now for quite some time. Last week on the way to Grassy Butte, ND I stopped in at Mosaic Place to check things out.

What are we betting on this weekend Covy?

Dakota Buttar vs. FHRC X202 I’m a Thug – This is as close to a wildcard pick as I’m going to get since this bull doesn’t get rode much. So far according to the stats he’s been covered twice in nine attempts. The top score so far belongs to Brady Oleson who took I’m a Thug to an 85.5 last fall at the PBR Canadian Finals in Saskatoon. My money as it always would be is on Dakota. Look for at least 85 on Friday night.

Riley Blankenship vs. HOGS 193 Open Season – I’ve seen a lot of this bull on video in the past year and he’s looked great. Last year he got a lot of air time and usually came around to the right. On tape I’ve only seen him switch it up and go to the left once, after starting to the right. Tim Lipsett became the first guy to ride Open Season the other day in Prince Albert. The two matched up for an 87 there and I think Blankenship is going to do something similar with this Wild Hoggs Bull.

Josh Birks vs. OBRC 911 2 Dark 2 C – These two have matched up before and I know Josh likes how it went that time. A whopping 91 points was the score in Fort St. John, BC at the Daryl Mills Invitational in 2014. My bet here is simple, Josh is going to get a score and it’s going to get him back to the finals on the first night.

Chandler Bownds vs. VR/P 36 Smoke Show – This could be huge. Smoke Show has been looking strong this year, most recently I saw him make short work of Dakota Buttar by getting him in the well in Nipawin the second Friday in May. Chandler is one of the top bull riders anywhere, now a part of the ERA Tour and a member of the Crown Royal Riders. I haven’t seen or heard of him compete in the PBR much before but I see this ride likely getting him a round one win at a minimum of 87 points.

The following is the day one for the Moose Jaw PBR on May 30th, 2016. Tickets can be purchased for the event at this link.